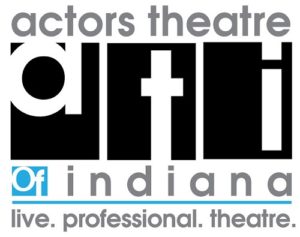 Actors Theatre of Indiana has announced its lineup of hit shows for the upcoming 2019-20 season, kicking things off with Dirty Rotten Scoundrels, followed by a powerful presentation of Alabama Story, Murder for Two, and Damn Yankees.  ATI is also very excited to announce the return of one of their favorites, Sweeney Todd – The Demon Barber of Fleet Street, as part of a wonderful joint event with Carmel Symphony Orchestra at the Palladium.  Celebrating its 15th season as Central Indiana’s premier professional, not-for-profit theater organization, ATI continues to bring to the stage a variety of local and national artists dedicated to excellence in theatre production!  All shows will be live on stage at The Studio Theater at the Center for the Performing Arts in Carmel.

(RATED PG-13) Based on the popular 1988 MGM film, this musical comedy takes us to the French Riviera for hijinks and hilarity. Lawrence Jameson makes his lavish living by talking rich ladies out of their money. Freddy Benson swindles women by waking their compassion with fabricated stories. After meeting on a train, they attempt to work together, only to find that this small French town isn’t big enough for the two of them. A hilarious battle of cons ensues that will keep audiences laughing, humming and guessing to the end! Sophisticated and suave with a good dash of mischief, this hysterical comedy features a delightfully jazzy score and was nominated for 11 Tony Awards!

(Indiana premiere!) Step into the Deep South of the Imagination … An Indiana native who becomes state librarian of Alabama finds her life and livelihood at risk when a controversial children’s book crosses her desk. The innocent tale of a white rabbit marrying a black rabbit is angering politicians in the Civil Rights era. But will Emily Reed give in to demands to have the book burned? Meet history’s forgotten hero of free speech in the Indiana premiere of a fact-inspired, highly theatrical new American play brimming with humor, heart and humanity.

(Indiana premiere!) Officer Marcus Moscowicz is a small-town policeman with dreams of making it to detective. One fateful night, shots ring out at the surprise birthday party of Great American Novelist Arthur Whitney and the writer is killed…fatally. With the nearest detective an hour away, Marcus jumps at the chance to prove his sleuthing skills—with the help of his silent partner, Lou. But whodunit? Marcus has only a short amount of time to find the killer and make his name before the real detective arrives…and the ice cream melts! With a perfect blend of music, mayhem and murder, this hilarious show features 2 performers playing 13 roles in a witty homage to old-fashioned murder mysteries. 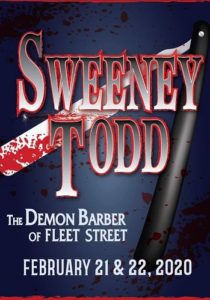 The Demon Barber of Fleet Street is back! … in concert with the Carmel Symphony Orchestra at the Palladium. A tasty, thrilling theatrical treat, this Stephen Sondheim groundbreaking musical has simultaneously shocked, awed, and delighted audiences across the world. This is an infamous tale of an unjustly exiled barber returning to London to seek revenge on the judge who framed him. Lush, operatic, and full of soaring beauty, pitch black comedy, and stunning terror, it’s one of the signal achievements of the American Musical Theatre in the last 50 years!

Middle-aged baseball fanatic Joe Boyd, trades his soul to the Devil, also known as Mr. Applegate, for a chance to lead his favorite team to victory in the pennant race against the New York Yankees. As young baseball sensation Joe Hardy, he transforms the hapless Washington Senators into a winning team, only to realize the true worth of the life that he’s left behind. Joe ultimately outsmarts Applegate, returns to his former self and shepherds the Senators to the World Series. This wicked, musical comedy is light, fast-paced, and devilishly clever. A homerun hit, featuring all-American subject matter and an irreverent sense of humor.