The editors of artschannelindy.com tend not to give Andy Ray a specific assignment. We understand that he reviews what he wants to review. And, we are cool with that.

He stays away from blockbuster movies for all the obvious reasons. Consumers have a tendency to vote at the box office based on buzz and glitzy trailers. So, really – what’s the use. 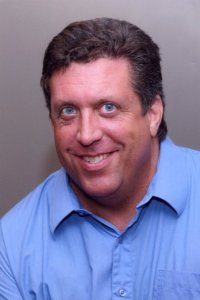 He’s a pretty insightful observer and we are glad to have him. You might sometimes find reviews for films on the back side of their box-office shelf life. Think of their timeliness in terms of best bets for rentals, streaming, art-house releases and occasionally, dollar movie specials.

He is a Carmel businessman and a local coordinator for Foreign Links Around the Globe. He serves as secretary of the Central Time Coalition. (Don’t ask about this unless you have an hour or two to spare.) Andy is also a member of the ACLU of Indiana. He enjoys singing baritone in the St. Luke’s United Methodist Church Chancel Choir.

As a lifelong student of film history and film criticism, Andy Ray has been actively reviewing motion pictures since 1983. His work has appeared in several local publications including Current in Carmel.