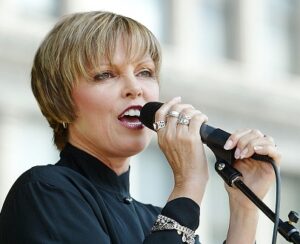 The Indiana State Fair has announced the addition of 2022 Rock and Roll Hall of Fame inductees Pat Benatar and Neil Giraldo as the final addition to its exceptional lineup that will take place on the Hoosier Lottery Free Stage.  The concert is set for Sunday, August 7 at 7:30 PM.

Pat Benatar’s staggering vocals and take-no-prisoners attitude, along with Neil Giraldo’s trailblazing artistry as a guitarist, producer, and songwriter forged the undeniable chemistry and unique sound that created some of rock’s most memorable hits, including “We Belong,” “Invincible”, “Love Is A Battlefield,” “Hit Me With Your Best Shot,” “We Live For Love,” “Heartbreaker,” and “Shadows of the Night.” Together they have created two multi-platinum, five platinum, and three gold albums, as well as 19 Top 40 hits. They have sold over 30 million records worldwide and have won an unprecedented four consecutive GRAMMY® awards. Their rock and roll love affair has endured for more than three and a half decades. Pat and Neil continue to tour, selling out concerts everywhere. Their chemistry will undoubtedly be thrilling music fans forever. In 2022, they were inducted into the Rock and Roll Hall of Fame.

All shows at the Hoosier Lottery Free Stage are free with paid fair admission, and seating is first-come first-served. A limited number of premium section access tickets will also be made available at a later time.