Of the four major Shakespeare tragedies (King Lear, Hamlet, Othello, & Macbeth), “Macbeth” has always ranked as the easiest to adapt to the medium of film.  It’s eerie, spooky, features witches and witchcraft, and dabbles in the supernatural.  Indeed, it has been filmed multiple times – most notably by Orson Welles in 1948. 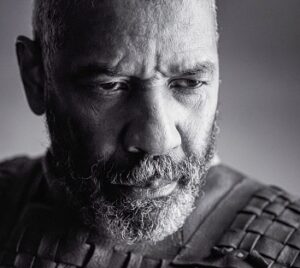 Now, Joel Coen (half of the Joel & Ethan Coen directing team) has churned out another re-tooling of this timeless classic.  Unfortunately, I can’t imagine this motion picture will draw new fans to Shakespeare the way Steven Spielberg’s recent “West Side Story” is bound to attract new fans to a classic Broadway musical.

Coen’s “The Tragedy of Macbeth” utilizes Shakespeare’s original (now much-dated) 1606 dialogue, and adds a healthy dose of black and white shading and special effects, to concoct a film which will only serve to reaffirm Shakespeare as one of the greatest playwrights of all time.  Shakespeare fans will love “The Tragedy of Macbeth.”  Those unfamiliar with “Macbeth” will be lost.  Had Coen updated the dialogue – if not the setting, and perhaps even the characters themselves – his product would have been more accessible; yet he would have forfeited the authenticity of the source material.

An exercise in filming a classic

So, Coen’s film exists merely as an exercise in filming a great, albeit dated, play.  Given the extended dialogues and monologues common to Shakespeare, my preference is still to experience his work on the stage – the medium for which it was written in the first place.  Film is nice – and in the case of “Macbeth,” adds a degree of style – but in an age where actors convey as much without dialogue as with – feels cumbersome and wordy. 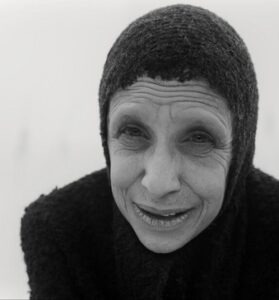 Macbeth believes the Scottish throne is rightfully his because of an encounter with three witches who espouse a prophecy that he will be king – and that his confidant Banquo (British actor Bertie Carvel) will sire descendants to the throne.  In the film’s best performance, the witches are played by British-American actress and contortionist Kathryn Hunter.  Her contribution to Coen’s movie is unforgettable.  And while Washington ranks as one of our greatest actors, his big scenes often involve shouting at the top of his lungs without necessarily conveying the emotion necessary to entice viewers to sympathize with Macbeth’s quandary.

The remaining cast members are fine, the source material is brilliant, albeit antiquated, and Coen’s direction is top-notch.  But something is missing.  Again, Shakespeare’s work could have been modernized – although the authenticity would have been lost.  Perhaps Coen could have written and produced a new work based on “Macbeth.”

By re-inventing the original story for various mediums, each interpretation became its own new product.  Each adaptation was based on its immediate predecessor – so much so that the Greek mythological character of Pygmalion bears almost no resemblance to Rex Harrison’s screen version of Professor Henry Higgins.  By contrast, Coen’s “The Tragedy of Macbeth” is nothing more than a stylized film version of one of history’s greatest stage plays.  Again, if this film brings new fans to Shakespeare, I believe Coen will have achieved his goal.  My fear is that it will not; and for that reason, “The Tragedy of Macbeth” is nothing more than a missed opportunity.

Sophie Faught at the Palladium

All IN Music & Arts Festival