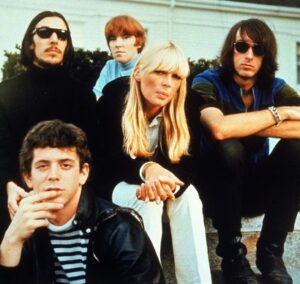 Most people know nothing about the Velvet Underground.  Oh sure, we know Lou Reed was the lead singer.  And he did “Walk on the Wild Side” in ’73.  And Andy Warhol had something to do with them.  But that’s about the extent of it.  Fortunately, depending on your perspective, Todd Haynes (2015’s “Carol”) delivers a new documentary, simply titled “The Velvet Underground,” which traces the band’s beginnings through its breakup when Reed walked away unexpectedly in the early ‘70s.

Did I learn anything?

I typically enjoy documentaries where I learn something new.  Much as I loved the 2019 documentary “Linda Ronstadt: The Sound of My Voice,” I can’t say I learned anything I didn’t already know.  Then again, Ronstadt is a known quantity – having achieved universal acclaim in the 1970s and ‘80s.  The Velvet Underground, not so much.  Unfortunately, I can’t say I learned anything from Haynes’ film, but I suppose I now possess a deeper appreciation of what they were trying to accomplish.

The Velvet Underground hit the New York musical scene in the mid ‘60s – before the hippie movement and the so-called Summer of Love.  But the music they produced was nothing like anything else – really before or since.  Comprised of Reed, a classically-training violist, a guitarist, female percussionist, and eventually an hypnotically-voiced German female singer named Nico, the Velvet Underground gained a cult following in the pimp-and-whore ridden neighborhoods on the fringes of Manhattan. 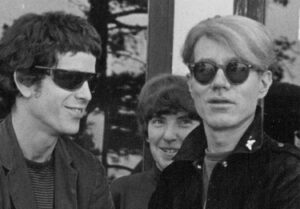 By choice, avant-garde artist Andy Warhol became their manager in 1966, only to drive the band further into the realm of the musical underground.  Heck, these guys were downright subterranean.  Their music bridged the gap between pop and classical – often resulting in long, hypnotic sequences in which one note would be played for extended minutes, and all the various instruments would play off that one note.  Not for everyone’s taste?  Sure.  The Velvet Underground never intended to play Dick Clark or Ed Sullivan.

When the group had gained enough of a cult following, they were invited, by Warhol no less, to play California.  Their reception was so cool, they considered it a successful night when only half the audience had walked out by mid-performance.  Drummer Moe Tucker, one of just two surviving members of the band, recalls the Velvet Underground was as anti-hippie as a band could be.  And the hippie culture was everything in Los Angeles in the late ‘60s.

But the Underground’s members couldn’t understand the whole “peace and love” movement.  As Tucker proclaims, “You can’t achieve peace by sticking a flower in the barrel of someone’s rifle.  Why not work an afternoon at a food bank or a homeless shelter?”  Such was the mantra of the Underground.  They were about action, not platitudes.

If their mantra seems reminiscent of that of Frank Zappa and the Mothers of Invention, you would be absolutely correct.  However, the Underground apparently hated Zappa – if for no other reason than he was West Coast, and they were East.  Still, I can’t help but draw the comparison, and I know I won’t be the only one who sees “The Velvet Underground” and does so.  Zappa stretched the boundaries of music, and so did the Underground.

What makes Haynes’ documentary moving isn’t so much the information imparted – which again, is quite little – but it’s the cinematic technique.  Haynes religiously employs a split-screen technique throughout most of the film, often breaking into quadruple-screen.  We see still shots of the various band members as they speak to the interviewer in another screen.  A third screen might show the band playing against a backdrop of a psychedelic light show.  If you’re high, this film might be considered a classic.

Reed’s lyrics often blatantly referenced the abuse of heroin and cocaine.  That wasn’t completely uncommon during the second half of the 1960s, but most artists did so more subtly.  The Rolling Stones‘ “Get Off My Cloud” and Donovan’s “Sunshine Superman” were probably drug songs, but they didn’t have to be interpreted that way.  Reed’s compositions had no other explanation.  His drug references were not disguised in poetry.  Even his 1973 novelty hit “Walk On the Wild Side” references valium, not to mention oral sex.

“The Velvet Underground” is not for everyone’s taste.  Even if you’re a music aficionado, it drags on almost a half-hour too long.  And again, you’ll learn quite little about this remarkable band.  But it takes us back to a specific moment in time – in which the world was changing rapidly.  But Reed and his cohorts were so far out in left field, pop culture would never catch them.  Today, their musical library exists somewhat as a footnote.  Too brilliant to be mass-consumed, yet too weird to be likeable.  I’m certain this is what attracted Warhol, and I almost wish Haynes’ film had concentrated on Warhol with the Underground as a supporting player.  But that’s another film for another day.