The Brown County Music Center located in Nashville, Ind., announces Lindsey Stirling: Christmas Program 2021 on Monday, December 6, 2021. Tickets will go on sale this Friday, October 8 at 10 a.m. and will be available at www.browncountymusiccenter.com, www.ticketmaster.com, and at the venue box office (open Tuesdays through Saturdays from 10 a.m. to 5 p.m. via outdoor ticketing windows and phone sales at (812) 988-5323). The box office is now cashless, and accepts debit and credit cards including Visa, Mastercard, Discover, and American Express. 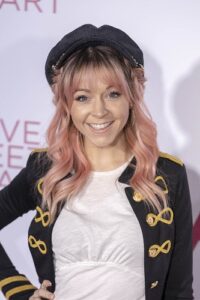 Lindsey Stirling remains fearless enough to always dream big.  Since the release of her 2012 self-titled debut, the electronic music impresario, violinist, dancer, and artist quietly and humbly became one of the 21st century’s most innovative stars by clinging to her groundbreaking vision of cinematic violin-driven electronic music. Attracting over 13 million subscribers and 3 billion-plus views on YouTube, in 2015 Forbes placed Lindsey at #4 on its yearly YouTube artists list, making her the highest-ranked female. Her headline tours would play to a cumulative audience of over 800,000 people worldwide, and her literary debut The Only Pirate at the Party, co-written with her sister Brook S. Passey, became a New York Times Bestseller. In 2017, Lindsey released her first ever holiday album titled Warmer in the Winter, featuring classic and original songs. This album was the #1 new Christmas album of 2017, ahead of pop music heavyweights such as Gwen Stefani and Sia. It was also the best-selling new holiday album and the best performing holiday album on Pandora with over 40 million spins. With such insistent demand coming from her fans, the Christmas Album marked another special release in 2018 with a few new songs as well as some Christmas classics. Her single “Carol of the Bells” is still the only instrumental song to ever reach the Top 10 at AC Radio and peaked at #1 on Holiday Radio in 2020. In the wake of the cancellation of her 2020 Christmas tour due to COVID-19, Lindsey funded and directed a virtual livestream concert that received over 100,00 unique viewers. Lindsey Stirling embodies the true spirit of today’s independent recording artist whose symbiotic relationship with her fans has led to a Worldwide audience filled with positivity. By using her own story to show young adults that confidence in the very thing that makes you unique is the key to success, she continues to be a light in today’s Entertainment Scene and bring her own brand of ‘Magic’ to the many lives she has touched.