EGOT-winning R&B singer-songwriter John Legend is back on the road and will make his Center for the Performing Arts debut in October. 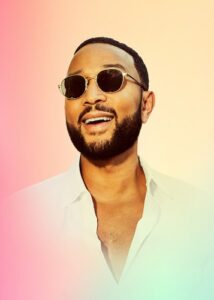 One of the most versatile talents in American entertainment, Legend landed three Grammys with his 2004 debut album, Get Lifted, and has since distinguished himself as a singer, songwriter, record producer, actor, and film producer. He received a 2018 Emmy nomination for his lead role in NBC’s Jesus Christ Superstar and won the award as a producer of the show, becoming one of just 16 people, and the first Black man, to claim all four of the major American entertainment awards: Emmy, Grammy, Oscar, and Tony. In 2019, Legend joined NBC’s The Voice as a coach and was named People magazine’s Sexiest Man Alive.

Legend’s appearance is among many 2021 Center Presents performances that will go on sale Friday for the first time as individual events. Tickets for the entire 2021-22 season are available now through the purchase of a series subscription package.

Among other advantages, subscription packages offer up to 20 percent off standard pricing, as well as early access to choice seats, before single-event tickets go on sale to the general public. A Create Your Own series package requires choosing just three events from the more than 40 performances already announced. Subscriptions and more information are available at TheCenterPresents.org and by phone at (317) 843-3800.