Actors Theatre of Indiana will present 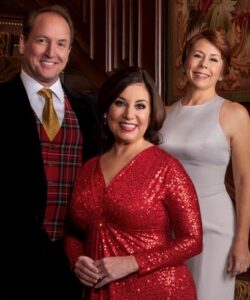 “Say Yes!” celebrates the music of Kander & Ebb. You will not want to miss the non-stop hit parade featuring the ATI Trio and Terry Woods on piano – all coming from the elegant Feinstein’s Cabaret Club in the Hotel Carmichael!

“Say Yes!” The Music of Kander & Ebb features the timeless music of composer John Kander and lyricist Fred Ebb who met in 1962. They wrote songs for Frank Sinatra and Liza Minnelli. The two went on to create music from some of the biggest Broadway hits, including Cabaret, Kiss of the Spider Woman, Chicago, and many more.

During this one-night-only performance, Don, Judy, and Cindy will perform many of Kander & Ebb’s TONY Award winning hits. These three will be accompanied by Terry Woods on piano.

ATI partnered with Feinstein’s earlier this year and has been presenting local and national artists once a month. Shows are already scheduled through October, 2021. You can check out the atistage.org to see who’s coming next!

You can get tickets for the July 21 event at atistage.org or by visiting the following website https://www.prekindle.com/events/feinsteins-cabaret.