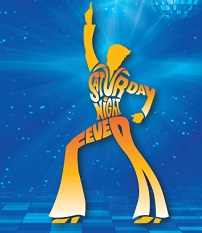 An all-new version of the musical based on Nik Cohn’s 1975 New York Magazine article “Tribal Rites of the New Saturday Night” and Norman Wexler’s 1977 film, featuring music by the Bee Gees adapted for high school productions. This musical adaptation of the ’70s classic film is the story of a talented, streetwise kid from Brooklyn who attempts to escape his dead-end life through dancing.

This production includes two members of the original Broadway cast, Anne and Scott Beck! By having them involved, our students are able to use the original choreography from the Broadway show. This is an opportunity you won’t want to miss!