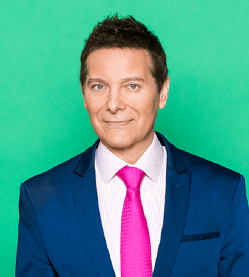 Another round of online events follows Aug. 6-8 with the premieres of three virtual performance showcases featuring this year’s 40 Songbook Academy finalists, top high school vocalists who hail from 15 states, along with special guests and the founder of the Great American Songbook Foundation, five-time Grammy nominee Michael Feinstein.

While the finalists are experiencing a busy week of education, performance and professional mentoring, each day will offer one workshop, talkback, or masterclass streamed for free public viewing on the Songbook Foundation’s YouTube channel. Highlights this year include a masterclass led by Michael Feinstein and Broadway star Telly Leung; a Songbook 101 special featuring experts and relatives of notable artists from Billy Strayhorn to Shirley Jones; and the new Artist Spotlight Series, featuring talkback opportunities with professional artists from across the music industry who are reinterpreting the America’s timeless popular music in new and exciting ways.

Culminating this year’s Songbook Academy, Michael Feinstein will host three evenings of performances by this year’s 40 finalists in a range of styles. The Virtual Showcases will premiere at 8 p.m. EDT each night. All three events can be viewed free on YouTube with a one-time registration at TheSongbook.org/SAShowcase21.

The annual Songbook Academy summer intensive is sponsored nationally by the Efroymson Family Fund and made possible through the generous support of 2021 Education & Engagement Sponsors Libby and Randy Brown and the City of Carmel. The Ella Fitzgerald Charitable Foundation Mentor Champions support the involvement of a national faculty of music directors and professional vocal coaches.

The mission of the Great American Songbook Foundation, founded in 2007 by five-time Grammy® Award nominee Michael Feinstein, is to inspire and educate by celebrating the timeless standards of pop, jazz, Broadway, and Hollywood. Headquartered at the Center for the Performing Arts in Carmel, Indiana, the Foundation advances this rich legacy by curating physical artifacts of its creators, performers, and publishers in the Songbook Library & Archives; operating a multimedia exhibit gallery; overseeing the Songbook Hall of Fame; offering programs for the public, and research opportunities for scholars and artists; and providing educational opportunities for student musicians, including the annual Songbook Academy® summer intensive. The Foundation is a Cultural Affiliate of the Los Angeles-based Grammy Museum®. More information is available at https://thesongbook.org/.