As live entertainment starts to return, the Anderson Paramount Theatre (1124 Meridian St, Anderson, IN) is proud to share its updated lineup of recently announced new and upcoming live shows in 2021 and 2022. An exciting mix of classical, rock, country, pop, comedy, and more – the lineup has a bit of something for everyone. Presented in partnership with the Anderson Paramount Theatre and Honeywell Arts & Entertainment, up-to-date information on these shows can be viewed at AndersonParamount.org. Tickets are on sale now for all 2021 shows that have been announced to date. 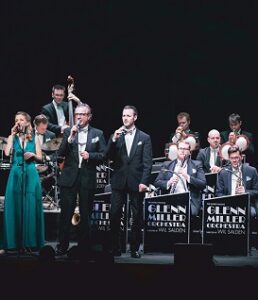 The world famous Glenn Miller Orchestra is alive and well 80 years after its original formation. Featuring 16 musicians and singers, the group will bring timeless classics like “Tuxedo Junction,” “String of Pearls,” “Chattanooga Choo Choo,” and “Pennsylvania 6-5000” to Anderson.

Bob Zany is a frequent (and hugely popular) guest on the Bob and Tom Show. Known for his trademark cigar, The Zany Report, and Fix-The-Joke segment, Zany is comedy at its best, bay-bee! Costaki Economopoulos is also a Bob and Tom Show regular, hosting the NFL weekend recap segment Quick Snaps. He’s often billed as the “biggest name in comedy” (in reference to his name!). For mature audiences.

Ranked as one of the top guitarists of all time by Rolling Stone, Buddy Guy is known for his electrifying live performances. The pioneer of the Chicago blues sound has influenced musicians like Eric Clapton, Jimi Hendrix, and Stevie Ray Vaughan. 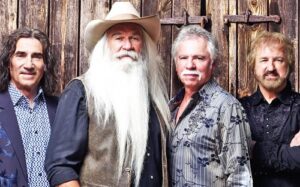 The four-part harmonies and upbeat songs of the Oak Ridge Boys have spawned dozens of country hits and earned them Grammy, Dove, CMA, and ACM awards. They will embark on a special tour this year in celebration of the 40th Anniversary of their mega-hit “Elvira.”

Mark Lowry is loved around the world in the realm of gospel music. He started making music at age 11 and now, more than four decades later, his legacy is forever sealed as an entertaining communicator who can make audiences laugh, cry, and think.

Legendary music icons Three Dog Night, celebrating five decades, sold more records and concert tickets than any other band from 1969 to 1974. Their hits include “Mama Told Me (Not To Come),” “Joy to the World,” “Black and White,” “Easy to be Hard,” and “An Old Fashioned Love Song.” 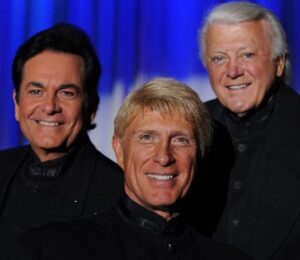 A Very Merry Christmas with the Lettermen

Kick off the holiday season with pop vocal trio The Lettermen as they perform traditional Christmas classics plus your favorite Lettermen hits including “Goin’ out of My Head,” “Theme From a Summer Place,” “Can’t Take My Eyes Off You,” and more.

Get The Led Out

Sponsored by Old National Bank, Get the Led Out features six musicians intent on delivering The Mighty Zep like you’ve never heard before! This exhilarating concert has a strong focus on Led Zeppelin’s early years, plus deeper cuts and even some acoustic numbers.

Tickets to additional live shows and events at the Paramount Theatre can be purchased at AndersonParamount.org or by calling the Paramount box office at 765.642.1234.

In the event of a show reschedule or cancellation due to COVID-19, ticket buyers will be contacted directly with updated information via email or direct phone call.