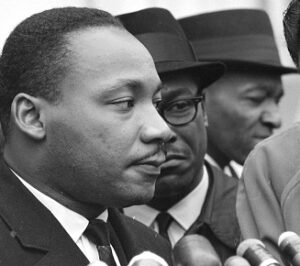 It’s no secret that FBI director J. Edgar Hoover despised the Rev. Dr. Martin Luther King.  From the time King’s Civil Rights Movement became a national campaign rather than merely a Southern campaign (the 1963 March on Washington) to the time of King’s death in 1968, Hoover used every tool at his disposal to discredit not only the Civil Rights Movement but Dr. King himself.  Sam Pollard’s new documentary “MLK/FBI” melds archival footage with modern-day interviews of historians, authors, and Civil Rights leaders to highlight the lengths to which Hoover went to fight King’s popularity.

Original issue was with movement

We learn Hoover’s original issue was with the movement itself.  He preferred the status quo – with American blacks as second-class citizens.  But King, as the crusade’s leader, received most of Hoover’s bitterness and hatred.  Knowing President John Kennedy and his brother, U.S. Attorney General Robert Kennedy supported the Civil Rights Movement, Hoover approached them with concerns that one of King’s confidants had ties to the Communist Party.  While that was true, and the Kennedys were staunch foes of the spread of Soviet-style communism in the United States, Hoover used their approval to wire-tap King and other Civil Rights leaders – with the hope of uncovering any dirt which might defame King, and consequently the push for equality by Black America.  When news surfaced that King had been involved in several extramarital affairs, Hoover made proof of such allegations the primary focus of his investigation against King.

More about Hoover than King 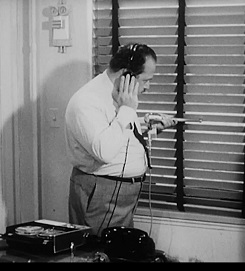 “MLK/FBI” takes a chronological journey through the final years of King’s life.  But it is more a documentary about Hoover and his abuse of power at the FBI than it is about King.  Enough is known about King that it’s difficult to shed new light on his life or his legacy.  And while we know Hoover was obsessed with bringing King’s acclaim and his cause to a swift end, “MLK/FBI” is certain to find a sense of urgency in 2020 in that there are those at the highest levels of government now whose aim is to destroy the Black Lives Matter movement.  As the 2020 election results indicate, there is still a large population in America that fears change – particularly as it relates to the plight of Black America.  “MLK/FBI” accentuates the need for legal, peaceful protest – and the apparent need by some to disgrace such legal redress of grievances.  Pollard’s material is historical, but his documentary’s message resonates today.

Some of the FBI’s tapes of conversations collected during its investigation of Dr. King have recently been made public for the first time.  The rest will see the light of day in 2027.  Pollard’s film is an outgrowth of the release of this material.  I can’t say anything in “MLK/FBI” hit me as a total surprise.  And much of the data is dry and factual.  But it is this urgency of subject matter – whether intentional or not – that causes this documentary to rise above most others.  As we’ve seen recently, the legacy of Hoover’s acrimony still infests the halls of Washington.  While Dr. King dreamt of a world in which his children would be judged by the content of their character, as we watch “MLK/FBI,” we cannot help but dream of a world in which Black Americans can fully achieve equality without resistance emanating from the highest levels of government.