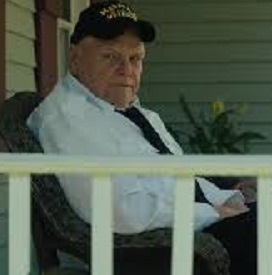 Brian Dennehy is a national treasure.  No, he’ll never be a household name like Tom Hanks, but Dennehy was a character actor.  The American public first noticed his presence in late ‘70s films like “Foul Play” and “10.”  He went on to star in big budget dramas like “Gorky Park,” “Cocoon,” and “Presumed Innocent.”  But while he was never the star, his solid but calm demeanor gave a sense of class to every project in which he was involved.  Dennehy also maintained an active career as a stage actor throughout his longtime work in film and television.

Unfortunately, Dennehy passed away this past April, leaving behind a legacy of great performances – perhaps none more engrossing than his final role, that of a crusty Korean War vet who befriends a young boy next door.  The film is Andrew Ahn’s “Driveways,” which premiered at the Berlin Film Festival in 2019, and went straight to video-on-demand in May.  So, thanks likely to the Covid pandemic, “Driveways” never received the American theatrical release it deserved.  With Oscar season upon us, it’s unclear whether “Driveways” will be eligible for consideration.  If it is, Dennehy’s performance is worthy of a posthumous Best Supporting Actor nod.

“Driveways” stars Hong Chau (“Downsizing”) as Kathy, a single mother who temporarily moves into her late older sister’s house in upstate New York to clean it out, sell some items, and prepare it for sale.  Kathy’s son Cody (Lucas Jaye) is about eight or ten years old.  He accompanies her that summer, but Cody doesn’t make friends well.  No one would ever describe him as an outcast, but Cody is shy.  Some of the neighborhood kids make attempts to include this new boy in their play, but it takes Cody a long time to warm up to people he doesn’t know. 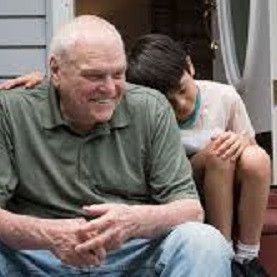 Dennehy’s character Del is a widower who lives alone next door.  At first, he barks at young Cody for trespassing, but an odd friendship soon develops, as Del seeks to help Cody and his mother whenever he can.  Now before you say, “I know where this is going,” may I suggest that you do and you don’t.  We know the cranky old man and the timid young boy are likely to become buddies.  We know the boy will be crushed when Mom’s work is complete, and they must return to the city.

But watching this friendship develop is a treat – thanks to Dennehy and to screenwriters Hannah Bos and Paul Thurteen, whose original screenplay never goes for the obvious cliché.  Yes, Del is a little rough around the edges.  But, as with any Dennehy character, he’s never mean or unapproachable.  Yes, Cody is a bit of an outcast.  But he’s not weird; he’s simply the kid at the back of the classroom without much to say.

“Driveways” is a treat, particularly when Del actually accepts Cody’s birthday party invitation, and then takes him (and the birthday cake) to the local VFW for a rousing game of bingo with his Army chums.  Ironically, Cody seems more at ease with a roomful of old men than he does with the neighborhood kids.  At the VFW, there’s no one to impress; no societal expectations.  Here, he can simply be himself.  And that’s what Del brings out in the young boy.

The scenes of interaction between Cody and Del are, in fact, not numerous.  Their dialogue is precise, with each utterance holding a certain amount of meaning beneath the surface.  Long stretches of screen time show each character simply going about his or her life, with Jay Wadley’s gentle piano score the only audio we hear.  When Cody and Del do interact, these scenes hold more weight than were “Driveways” a more verbose film.  We cling to every word in “Driveways,” because there aren’t that many.

“Driveways” is deliberately-paced, yet never boring.  It’s sentimental without being maudlin — a huge cut above the TV movie of the week.  And it’s the crowning achievement of one of our most underrated character actors.  Brian Dennehy was the type we almost didn’t notice, yet the movies will not be the same without him.  His is a significant loss in Hollywood and on the stage.  “Driveways” is his beautiful, touching swan song.