When we think of the potential crises a so-called “hillbilly” family might face, domestic abuse, drug addiction, and poverty come to mind.  And sure enough, those are the issues highlighted in Ron Howard’s new film, “Hillbilly Elegy,” based on the 2016 memoir by J.D. Vance, the protagonist of this halfhearted attempt at making a societal statement of some kind.  That “Hillbilly Elegy” doesn’t surprise us in any way makes its critical situations not so much eye-openers as caricatures of real catastrophes. 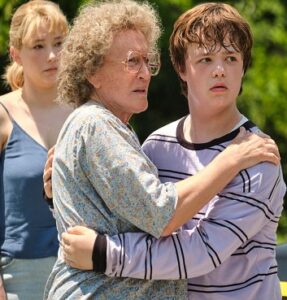 By the time we learn J.D.’s grandmother suffered from spousal abuse, we’re so tired of his mother’s ongoing bouts with addiction and recovery that it’s almost a relief to find ourselves tackling a different stereotype of Appalachian culture.  This is not to say there isn’t some good in Howard’s latest effort – but “Hillbilly Elegy” will never be mentioned in the same breath as “Apollo 13,” “A Beautiful Mind,” or “Parenthood.”

Incoherent use of flashbacks

Vanessa Taylor’s meandering screenplay likely follows Vance’s account closely, but that doesn’t necessarily make for great filmmaking.  Occasional flashback scenes can flesh out a modern-day drama with well-timed windows into its backstory.  However, “Hillbilly Elegy” is a case of overuse – to the point of practically causing viewer whiplash.  For a story which supposedly takes place in essentially present-day, Owen Asztalos has more screen time as young teenage J.D. as Gabriel Basso does playing the 21-year-old Yale Law School student version.

Furthermore, these characters fall into the all-too-common trap of what I like to call “coach speak” – based on the proverbial post-game interview in which a coach utters some nonsensical platitude like, “I always tell my guys, ‘When you look in the mirror, you want to see somebody.’”  “Hillbilly Elegy” is full of similarly ridiculous banalities, such as, “When you got nothin’, family is all you got,” or, “You can either choose to be somebody, or be nobody.”  Most of these nuggets of wisdom are uttered by Glenn Close – who plays J.D.’s spirited grandmother with the expectation that, in the Supporting Actress category, and in a year marred by Covid-19, she might just win that long-coveted Oscar. 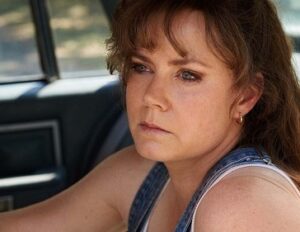 Don’t get me wrong, Close is always strong.  And young Asztalos is a real discovery as the boyhood J.D.  But, as in any Amy Adams picture, Adams’ work rises above that of the other cast members.  Just when I think I’ve run out of verbiage to praise her acting chops, here she hits another home run.  In most Adams films, her character is the smartest in the cast.  Think, “American Hustle,” “The Master,” or “Big Eyes.”  But here, she’s playing dumb – or at least beneath the level we expect, given her previous accomplishments.  But she’s so convincing as a struggling mother, she almost renders “Hillbilly Elegy” watchable, when we know the material on the screen is simply a parade of stereotypical truisms.

Her joy when she finds a new husband seems real, even though J.D. and his sister (played by Haley Bennett) know it will be another failed relationship.  The hope she brings to every declaration of lifelong sobriety is heartfelt, even though we know it won’t last.  It’s a pathetic character, played to absolute perfection.  Unfortunately, “Hillbilly Elegy” is populated with pathetic characters, caught in a maelstrom of buzzwords which only serve to trivialize the culture this film purports to spotlight.

The material is worthy of a fitting motion picture.  The structure returns college-student J.D. from Yale back to Appalachia to tend to his mother following her most-recent hospitalization for heroin abuse.  The “outsider returning” construction can work well – as it did in Todd Haynes’ recent Mark Ruffalo vehicle “Dark Waters.”  But here, Taylor’s screenplay actually removes us from the more interesting story – Will J.D. land the big, important summer internship at a prominent D.C. law firm? – and places him right back in the cultural melodrama he’s worked so hard to escape from.

There is enough wallowing in pity for the plight of the proverbial hillbilly here for three movies.  I can’t say I didn’t care about the predicament of J.D.’s mother, but I wanted the screenplay to simply move on.  And when we find ourselves wanting to watch something other than that which is on the screen, we know we’re watching a dog.  I had high hopes for “Hillbilly Elegy.”  My disappointment with this effort is real.