In response to current public health guidelines, author and humorist David Sedaris is rescheduling tour dates, including a planned April appearance at the Center for the Performing Arts.

An Evening with David Sedaris – featuring all-new stories, an audience Q&A, and a book signing – has been postponed to 7:30 pm. Thursday, Dec. 3, at the Palladium, 1 Center Green, Carmel. Tickets starting at $45 are available now at TheCenterPresents.org or Tickets@TheCenterPresents.org. Ticket holders unable to attend the new date are eligible for a full refund. 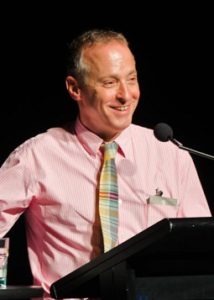 Sedaris’ sardonic wit and incisive social critiques have made him one of America’s preeminent humorists and one of the most observant writers addressing the human condition today. His collections of personal essays and short stories have included Barrel Fever, Holidays on Ice, Naked, Me Talk Pretty One Day, Let’s Explore Diabetes with Owls, and Theft by Finding: Diaries (1977-2002).

Known initially for his contributions to This American Life and other public radio programs, Sedaris is returning to the road following the release of his most deeply personal and darkly hilarious collection, Calypso, a look at middle age and mortality. Calypso was a New York Times best-seller and a Washington Post Best Book of the Year, and the audiobook was nominated for a 2019 Grammy Award in the Best Spoken Word Album category.

The event is part of the 2020-21 Center Presents Season sponsored by Allied Solutions. The media sponsor is WFYI.

An Evening with David Sedaris