David Sedaris at the Palladium

An Evening with David Sedaris 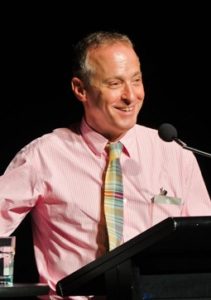 Author and humorist David Sedaris will bring his ironic wit and social satire to the Center for the Performing Arts in April.

Known initially for his contributions to This American Life and other public radio programs, Sedaris has penned many best-selling books of personal essays and short stories, including Barrel Fever, Holidays on Ice, Me Talk Pretty One Day, Dress Your Family in Corduroy and Denim and Theft By Finding: Diaries (1977-2002). His latest book of essays, Calypso, was a New York Times best-seller and a Washington Post Best Book of the Year. Over 12 million copies of his books are in print, and they have been translated into 27 languages.

Sedaris’ pieces regularly appear in The New Yorker and twice have been included in The Best American Essays. In 2018 he was awarded the Terry Southern Prize for Humor, and in 2019 he was elected to the American Academy of Arts and Letters. He has received five Grammy Award nominations for Best Spoken Word and Best Comedy Album.

The event is part of the 2019-20 Center Presents Season sponsored by Allied Solutions. The media sponsor is WFYI.