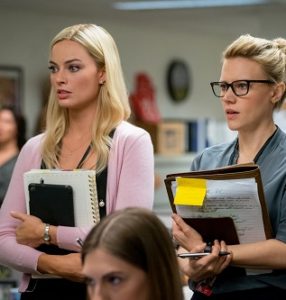 When Donald Trump was running for president in 2016, Fox News anchor Megyn Kelly asked him a pointed question at a debate about his history of sexual harassment.  Expecting an outcry of support from female viewers who might have struggled with their own episodes of harassment, Kelly and Fox executives were surprised by the overwhelming hate mail she received.  Fox viewers despised the fact that she gave the appearance of going after Trump at all…  for any reason.  Trump’s supporters were so loyal they would apparently forgive him of all indiscretions so that he would have a clear path the White House.  It was then that Fox news realized a Trumpian juggernaut was in the making.

It was no secret that Fox CEO Roger Ailes had faced his own accusations of sexual harassment over the years, and he was just as glad to see public opinion (at least that of loyal Fox viewers) turn against his star news anchor.  Ailes welcomed the controversy.  His position was that any publicity is good for Fox.  Kelly wasn’t so sure, as she and her family became the victims of insults so vicious they were afraid to go out in public.  Further, as a news broadcaster Kelly believed her role was to report the news – not to be the news.

Jay Roach’s latest film “Bombshell” begins with Kelly’s dust-up with Trump, then kicks into high gear as fellow Fox journalist Gretchen Carlson publicly accuses Ailes of sexual harassment.  Oscar winners Charlize Theron and Nicole Kidman play Kelly and Carlson, respectively.  And thanks to the miracle of make-up, the two are dead ringers for their Fox counterparts.  Rounding out the cast is Margot Robbie as young Fox reporter Kayla Pospisil. 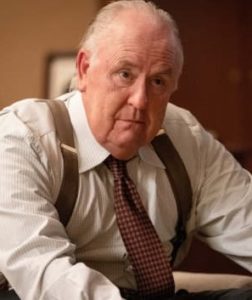 But the greatest acting achievement in “Bombshell” is the choice to cast veteran character actor John Lithgow in the role of Roger Ailes.  Granted, both are tall and balding, but (again, thanks to the magic of make-up) Lithgow appears 100 pounds heavier than his real weight.  Furthermore, he plays against type, discarding his typical gentle persona to disappear into the role of the brash Fox executive.  It’s hard to say this is the greatest job of acting in Lithgow’s career, as he’s had so many memorable roles, but this certainly ranks near the top.

Charles Randolph’s screenplay follows the public chapter of Carlson’s accusation, while simultaneously concentrating on Kelly’s initially fruitless attempt to persuade any other female Fox employees to speak out publicly against their boss.  And we also shadow Pospisil as she experiences firsthand Ailes’ disturbing attempts to curry her sexual favor.  The Pospisil angle is the most intriguing, if for no other reason than it’s the story about which the public knows the least.  Robbie is much better here than she was earlier this year in Quentin Tarantino’s disappointing “Once Upon a Time… in Hollywood.”  Here, she actually has speaking lines; and she displays a vulnerability we haven’t previously seen from her.

My only issue with “Bombshell” is that it fails to provide any information that we don’t already know – or at least that we don’t assume.  Ailes’ quick descent from respected CEO of the popular news network to public pariah is well-known.  And all the action here is just three years old.  By now, we’re painfully aware that Ailes requested sexual favors in exchange for advancement at Fox News.  We know Kelly and (especially) Carlson were instrumental in exposing his modus operandi to ignite and expedite his fall from grace.  Perhaps some of the inner workings of Ailes’ downfall are fresh, but there’s nothing here that we don’t imagine to be true.  There’s no, “I didn’t know that!” moment in Randolph’s screenplay.

There are some excellent performances – even from supporting players like Kate McKinnon as Pospisil’s lesbian confidant at Fox, and Allison Janney as political lawyer Susan Estrich.  But Theron and Kidman are almost too good.  And by that, I mean their dead-on impersonations of Kelly and Carlson are so flawless they work as imitations only – at the expense of character.  Much as Renee Zellweger’s Judy Garland in this year’s “Judy,” Theron and Kidman perfectly mimic their subjects without truly embodying their spirits.  Contrast these carbon-copy performances with that of Taron Egerton in “Rocket Man.”  Egerton’s performance was anything but an impersonation of Elton John; but he captured John’s energy and character better than Zellweger captured that of Garland.  Great as they are, Theron and Kidman seem to fall into the carbon-copy category here.

Still, “Bombshell” is a worthy effort – and a warning to any old-school sexists who might still be actively working.  The world has changed.  No longer are female employees required to acquiesce to despicable male superiors to further their careers.  Ailes (and his Hollywood counterpart Harvey Weinstein) was the last of a dying breed.  And “good riddance” is almost too weak a parting shot.  “Bombshell” reminds us how far we’ve come.