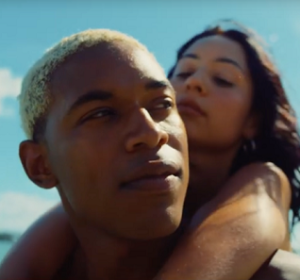 Tyler Williams seems to have it all going for him.  He’s popular, smart, and a star on his high school wrestling team.  Tyler lives in the suburbs with his parents and kid sister Emily.  Tyler’s dad, Ronald, owns his own construction business in the Miami area.  Ronald pushes Tyler hard to succeed – in his schoolwork and in his wrestling.  Ronald was a wrestler too, and he trains with his son, giving him pointers to help him win his matches.

Tyler has a girlfriend named Alexis, and the two of them seem to make the perfect high school couple.  They spend countless hours together discussing their hopes and dreams for the future.  They eat dinner at each other’s homes, and their families know each other.  Life couldn’t be better for Tyler.

But there is this issue of occasional pain in his shoulder.  At the behest of his mother, Tyler goes in for a CT scan, which reveals a more serious medical condition than expected.  Keeping the news from his parents, Tyler continues to wrestle – against the advice of his doctor – and begins robbing pain killers from his parents to ease the shoulder pain.  Meanwhile, Alexis has missed her period and fears she might be pregnant.  Tyler launches into a downward spiral of alcohol and drug abuse.

The Williams family is rapidly heading for a life changing tragedy, which alters the course of their trajectory forever.  Working from his own original screenplay, Trey Edward Shults directs one of the best and most intriguing films this year in “Waves,” a cataclysmic yet hopeful ode to one family’s ability to cope with life.  This is a film about the subtle, fine line between “holding it all together” and “watching it all fall apart.”

Two films in one 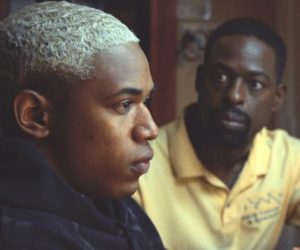 In a way, “Waves” is two pictures rolled into one.  The first half centers around Tyler’s descent into a difficult existence, while the second half revolves around younger sister Emily, and her involvement with Luke – one of Tyler’s wrestling teammates.  Luke is socially awkward, but completely taken by the sweet Emily.  Again, the two would appear to be the perfect couple.  And indeed, their relationship lacks the fireworks of Tyler’s romance with Alexis.

Luke’s estranged father is dying of cancer in Missouri, and he’s envious of Emily’s tightly knit family structure.  There’s a lot going on in “Waves,” and Shults’ screenplay always seems to remain one step ahead of our expectations.

Cinematographer Drew Daniels incorporates an active camera, swirling about Shults’ characters to give us the sense that we are right there with them – as opposed to watching the proceedings from afar.  Daniels also makes liberal use of fades to both black and white to separate scenes, giving “Waves” an almost surreal impression.  We’re thrust solidly into the action of the story, yet the whole exercise feels like one long dream.  It’s no surprise to learn that Shults interned for Terrence Malick on several of his recent films.

Indeed, various characters employ their own methods of escape from the trauma of daily life.  Emily likes to ride her bike, for example, while Tyler hangs out with Alexis.  “Waves” is completely unlike anything I’ve ever seen before, and I appreciate its innovation.

Relative newcomer Kelvin Harrison Jr. turns in an outstanding performance as Tyler – the anchor for most of the action – and the equally as competent young Canadian actress Taylor Russell plays Emily.  The only well-known cast member is the versatile Lucas Hedges as Luke – Emily’s boyfriend.  It’s another solid acting achievement for Hedges, although I can’t help but wonder how much longer he’ll be able to play high schoolers.

“Waves” brilliantly captures the emotional roller-coaster that is life.  And while none of us may be able to relate to every single plot twist, the power of the family structure is always front and center in this touching film.  Coming on the heels of “Marriage Story,” “Waves” is another of this year’s very best offerings.