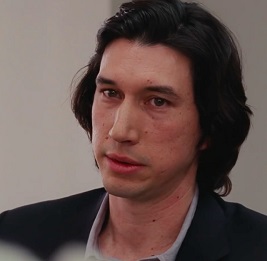 Nicole and Charlie Barber are, by all accounts, a happily married New York couple heavily invested in the local theatre community.  Charlie directs and Nicole stars.  She was famous for a split second for baring her breasts in a teen sex comedy when she lived in Los Angeles.  Nicole’s family is from Los Angeles.  Her mother and sister still live there, and she and Charlie visit during holidays and when Charlie is not directing a play.

Something brewing under the surface

Charlie’s family life in Indiana was anything but ideal, and he was more than happy to “adopt” Nicole’s family as his own.  Life seems to be great.  But something is brewing under the surface.  Just under it, mind you, for Charlie and Nicole still love each other.  Nicole has always wanted to return to L.A. and try her hand at the movie industry, but she’s concurrently supportive of Charlie and his dreams too.

Try as they might, the young couple (with young son Henry) can’t seem to work out their differences, and Nicole moves to LA with Henry in tow.  Even though Charlie’s big avant garde production is about to open – on Broadway, no less – he finds the time to visit frequently, as he loves his son and still has deep feelings for his wife.

Noah Baumbach’s latest feature “Marriage Story” opens with each protagonist reading a dissertation on the merits of his partner – an exercise invoked by a marriage counselor – which sets the stage for the best film so far this year.  Unlike Robert Benton’s 1979 Oscar winner “Kramer vs. Kramer,” “Marriage Story” features no good guy and no bad guy.  Charlie and Nicole are each heroes and each villains in the most adept examination of divorce ever filmed.

At the behest of friends, Nicole hires an attorney – something the two protagonists vowed never to do.  She’s expensive, but highly recommended.  Her name is Nora, and she’s played by the great Laura Dern, who unfortunately never simulates an actual lawyer.  Friend, yes.  Advisor, yes.  Lawyer, no.  Perplexed by Nicole’s action, Charlie continues with his life until Nora advises him he will lose custody of Henry be default unless he too “lawyers up.”

It’s a sad development in a story which becomes sadder, perhaps, by its protagonists’ acquiescence to the legal profession.  “Marriage Story” is not one to see if you’re in law school.  After rejecting a high-powered (and very expensive) LA divorce attorney played against type by Ray Liotta, Charlie settles on Bert Spitz, a fantastic supporting performance by the great Alan Alda.  He brings Charlie the comfort and reassurance he requires – having been through three divorces himself – yet is no match for the highly professional Nora.

In the film’s greatest scene, Charlie and Nicole converge at Charlie’s LA apartment – a step taken for legal purposes, but also to provide him more bonding time with young Henry – to hash out their differences apart from the mean-spiritedness of their respective attorneys.  This is the most exceptional acting performance ever for the accomplished Adam Driver, an actor so convincing I simply cannot imagine anyone else in the role.  Likewise, the exceptional Scarlett Johansson provides the most admirable work of her career in an early scene on Nora’s couch – in which she simply cannot bring herself to malign Charlie.

And that’s the sad truth of “Marriage Story.”  Charlie and Nicole clearly do not hate each other.  During their come-to-Jesus scene in Charlie’s apartment, their anger would appear to be promulgated by their attorneys.  Even in the final scene, after all the papers have been signed, the two can still proverbially complete one another’s sentences.

Their divorce is perhaps more a commentary on today’s society than it is merely a filmed story – brilliantly written as an original screenplay by Baumbach himself.  With no-fault divorce laws common across the United States, divorce has become almost as common as marriage.  “Marriage Story” reminds us that many issues could perhaps have been satisfied via counseling, advocacy, or other intervention.  It’s a heartbreaking film, and not necessarily one I will want to watch repeatedly.

But “Marriage Story” is the first true masterpiece of 2019 – an otherwise weak year for Hollywood.  Baumbach’s treasure is instantly one of the best of this decade – ranking alongside such fare as “Boyhood” and “American Hustle.”  Don’t expect a lot of “warm fuzzies” from “Marriage Story.”  But it should be seen by everyone.  This is easily the best film I’ve seen so far this year.