In 2010, young senate staffer Daniel Jones is tasked with heading up an investigation into the CIA’s systematic torture of Muslim and Arab detainees following the 9/11 attacks in 2001.  The most infamous of these torture techniques was the now-discredited waterboarding, whereby water is poured into the nose and mouth of the victim to give him the sense of drowning.  This was done in an effort to force out information leading to the arrest and imprisonment of those responsible for the 9/11 invasion.

As we now know, waterboarding (or any of the CIA’s torture methods) did not produce one strand of usable evidence – and, more often than not, produced lies from victims who would say anything in an effort to end the waterboarding.  But when Jones’ investigation began, some pundits and politicos were convinced that torture had led to the arrest of many involved in 9/11 – a feeling only intensified with the death of Osama bin Laden in 2011.

Jones’ task was difficult, and information came slowly.  The CIA patently refused to cooperate with the investigation, and forbade any of its members to testify.  Jones and his small staff obtained information from the internet and from computer access to CIA files, memos, and letters.

Come to find out, the CIA was aware waterboarding and similar extreme measures were ineffective, but continued using them to fit the narrative that something was being done to produce information leading to the arrest of those responsible for the single greatest terrorist attack on U.S. soil.  When the CIA produced its own report, waterboarding was hailed as an effective method, even though CIA leadership knew otherwise.

After six painstaking years of discovery, Jones and his crew produced a nearly 7000-page report which resulted in the CIA suing the senate intelligence committee to cover up publication of the report.

If this episode in recent U.S. history sounds like it would make for a snooze-fest of a motion picture, think again.  Scott Z. Burns’ new film “The Report” makes the art of discovery fascinating, as layers upon layers of information are revealed.  In a sense, “The Report” succeeds in much the same way “Spotlight” did, as a team of Boston Globe reporters uncovered layers of clues regarding the Catholic priest sexual-abuse scandal in Boston.  While “The Report” never rises to that level, all the excitement generates from the discovery of facts and clues.

I equate “The Report” more to Oliver Stone’s “Snowden,” which presented notorious whistleblower Edward Snowden in an heroic light for going public with the CIA’s global surveillance program.  Here, Jones and his half-dozen fellow workaholics are the heroes for exposing a program which painted the U.S. in a negative light.

No help from Obama

Ironically, the Obama administration works against Jones’ investigation.  Barack Obama took office in 2009 with the goal of eliminating partisanship.  The last thing he wanted was to circle back with an investigation of the previous administration – even though he personally suspected everything in the report was true.  Politically, Obama’s goal was to mend fences.  In practice, he tried to cover up the senate intelligence committee’s report on extreme torture during the George W. Bush administration.

California senator Diane Feinstein chaired the intelligence committee during Jones’ investigation, and it is she (along with a few other democrats) who encourages Jones to dig deeper until the truth is uncovered.  She occasionally has to provide the voice of reason – at least from a political perspective – although her desire to publicize the truth is often stronger than her political reservation. 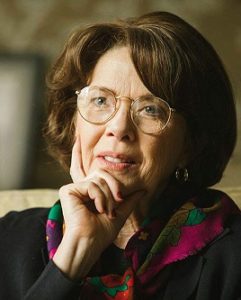 In “The Report,” Daniel Jones is played by Adam Driver, who succeeds in yet another fabulous performance.  His character is all business, and slowly becomes personally consumed by the task at hand.  Feinstein is brilliantly played by Annette Bening, who turns in her best performance since “American Beauty” twenty years ago.  Bening plays Feinstein so convincingly, we forget we’re watching Annette Bening.  It feels like Senator Feinstein is actually playing herself in this film.

The supporting cast is strong, particularly the always reliable Maura Tierney as the CIA operative who headed up the torture regime following 9/11, and Douglas Hodge as the psychologist who sold the “enhanced interrogation” program to the CIA in 2001.

These early scenes are told in flashback format, but it’s not hard to follow, as the flashback scenes are presented with a different color format to give them a yellowed, older look.

While “The Report” may not rank as one of the year’s very best films, it’s superior to most of the drivel Hollywood cranks out these days.  And for a picture with almost no action scenes – save for some intense torture sequences during the flashbacks – it holds our interest throughout its almost two-hour running time.  Burns, directing from his own original screenplay, is the logical person to direct “The Report.”  He’s responsible for the “Bourne Ultimatum” series – which is obviously similar, although fictional.  Steven Soderbergh produced “The Report,” and the result is a tight, well-written work in which the thrills come from the uncovering of information, and the presentation of potentially damaging facts as crucial in a democracy.