INCUBUS – 20 YEARS OF MAKE YOURSELF & BEYOND 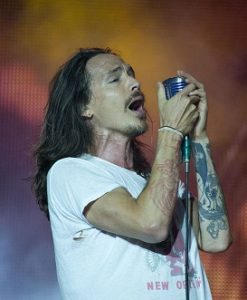 Since their formation in 1991, iconic multi-platinum Los Angeles rock band Incubus has consciously and continually shifted their perspective with each subsequent album, preserving the spirit that initially drove them, and simultaneously challenging themselves as artists and human beings. By 2017, the band’s sales exceeded 23 million worldwide, while landing four Top 5 debuts on the Billboard Top 200 and one #1 album. They’ve graced the stages of festivals everywhere from Lollapalooza and Air + Style to Download Festival, and Pinkpop in addition to touring alongside the likes of Linkin Park, OutKast, Moby, Jane’s Addiction, Queens of the Stone Age, and many more. After the release of 2015’s “Trust Fall EP” and a packed summer amphitheater tour with Deftones, the band members felt that they once again had to tread into uncharted musical territory. Now touring their eighth full-length album, aptly titled “8,” the band is proudly looking to bring the in-your-face, melodically and emotionally-charged haymakers to the stage and to your earholes.