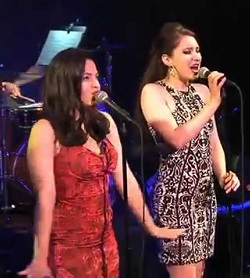 This holiday season, Scott Bradlee’s Postmodern Jukebox will take the same originality, wit, and virtuosic musical performances that have garnered them over 1 billion views on YouTube to revitalize the idea of a Christmas tour itself, in their multi-city “A Very Postmodern Christmas” tour.

Tickets for the concert are on sale at www.browncountymusiccenter.com and at www.ticketmaster.com. Tickets will also be available for purchase in person at the Brown County Convention and Visitors Bureau Visitor’s Center (located at 211 S. Van Buren Street in downtown Nashville) and also, eventually, at the venue box office.