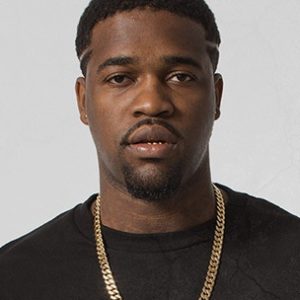 A founding member of Harlem’s A$AP Mob (Always Strive and Prosper), A$AP Ferg was initially the group’s main clothing designer; but after teaming with Mob member A$AP Rocky he became one of the crew’s breakout rappers. While Ferg and Rocky originally planned to be the crew’s Mobb Deep-like duo, they found more success as solo artists, beginning with Rocky and his series of 2012 mixtapes. Ferg’s big break came that same year when his track “Work” landed as the key cut on A$AP Mob‘s “Lords Never Worry” mixtape. The announcement that A$AP Ferg signed with RCA came in early 2013 and was followed by an all-star remix of “Work,” with Trinidad James, French Montana, and ScHoolboy Q added to the cut. Ferg remained busy with the arrival of A$AP Mob‘s “Cozy Tapes, Vol. 2,” which landed at No. 6 on the Billboard 200. In 2018, he issued a series of collaborative singles that included “Kristi” with Denzel Curry and “Moon River” with actress Elle Fanning. A single, “Pups,” featuring A$AP Rocky, arrived in 2019.