ANDY GRAMMER – DON’T GIVE UP ON ME TOUR 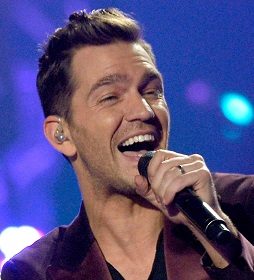 In ways both large and small, Andy Grammer is thinking a lot about how to speak his own truth. The concept of honesty—what it means and how to attain it—offers both inspiration and challenge to one of the most successful pop artists to emerge in recent years. That spirit certainly informs Grammer’s “Give Love,” featuring LunchMoney Lewis, from his most recent album titled “The Good Parts.” “Give Love” follows the success of his platinum hit “Fresh Eyes,” which has racked up over 350 million total streams and became his sixth single certified gold or better. Even without the aid of a specific genre to categorize himself, Grammer’s music was an immediate sensation; he became the first male pop star in a decade to reach the Top 10 at adult pop radio with “Keep Your Head Up” and “Fine By Me,” from his 2011 self-titled debut. His second album, “Magazines or Novels,” featured the triple-platinum smash “Honey, I’m Good,” which was one of the best-selling songs of 2015, and the certified gold anthem “Good to be Alive (Hallelujah).”