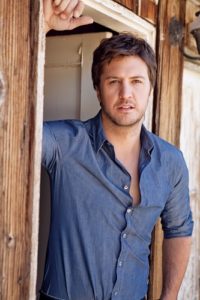 Due to inclement weather on August 18, Luke Bryan‘s concert at Ruoff Home Mortgage Music Center has been officially postponed. The show has been rescheduled for Friday, October 11. All tickets for the August 18th show will be honored at the new date.

Luke is a two-time Academy of Country Music and a two-time Country Music Association Entertainer of the Year, a five-time host of the ACM Awards, a NSAI Artist/Songwriter of the Year and was named a CMT Artist of the Year six consecutive years. Luke has more certified digital singles than any other country artist with 46 million tracks and 12 million albums with four billion music streams. Luke has placed 21 singles at #1, 11 of which he co-wrote. In each of the last several years, Luke’s headline tours have performed for 1.5 million fans or more and in 2018 he headlined the most stadium shows in one year of his career, now totaling 34 stadium concerts to date. Also in 2018 Luke opened Nashville’s only six-floor entertainment facility in the heart of Music City, LUKE’S 32 BRIDGE FOOD + DRINK.