Linda Ronstadt: The Sound of My Voice

“Linda Ronstadt: The Sound of My Voice” is the latest in a string of intriguing documentaries released this year.  The Ronstadt doc joins inquiries into Father Theodore Hesburgh, Steve Bannon, Mike Wallace, David Crosby, and “Fiddler on the Roof” as subjects documentarians have deemed worthy of examination.  But why Ronstadt?  And why now? 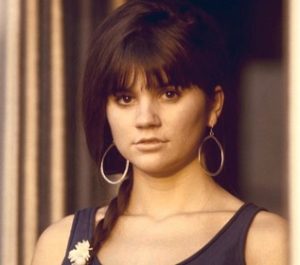 Well, part of the reason documentary filmmakers Rob Epstein and Jeffrey Friedman have delved into the life of the one-time music superstar is that she now suffers from Parkinson’s Disease, and is therefore unable to sing – at least by her standards.  But perhaps more importantly, Ronstadt’s career trajectory could serve as a model of independence for today’s pop stars who churn out one similar-sounding song after another.

“The Sound of My Voice” traces Ronstadt’s career from her humble beginnings growing up in Tuscon, in a Mexican-American family, to her brief career as lead singer of the Los Angeles based folk-rock band The Stone Poneys.  Their hit “Different Drum” garnered Ronstadt her first national attention, but it wasn’t until the mid-1970s that her career took off.  Between 1975 and 1980, she scored hit after hit, with memorable recordings of “You’re No Good,” “When Will I Be Loved,” and “Blue Bayou.”

Made songs her own

Epstein and Friedman point out that Ronstadt never wrote any original material.  She simply took great songs and made them her own.  Several times, Ronstadt tells the camera, “I heard (fill in the blank), and I couldn’t not record that song.”  Many Ronstadt fans don’t even realize that “Blue Bayou” was an old Roy Orbison song.  Not one of his big hits, but an Orbison song, nonetheless.  By the time Ronstadt’s version topped the charts in 1977, “Blue Bayou” had become her song.   She did this time and time again – taking songwriters’ best material and interpreting it her way.

But then in 1982 at the peak of her popularity, Ronstadt abruptly stopped recording her brand of country rock – the music that had given her hit after hit after hit.  She felt the urge to branch out into other forms of music.  And so, against the advice of all her recording industry connections, she branched out.  First, she appeared on Broadway in a revival of Gilbert and Sullivan’s operetta “The Pirates of Penzance,” in which she starred opposite Rex Smith and Kevin Kline. 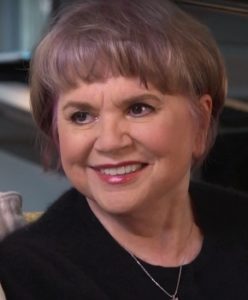 Her inspiration for each of these career side treks came from her family.  Her mother listened to the old standards when Ronstadt was a girl.  Her grandmother enjoyed opera.  Her father was a Mexican folk singer before moving his family to the U.S.  And her family had always enjoyed listening to, singing, and playing American country music.  Again, Ronstadt believed she simply couldn’t not record this music.

Her independence – and her ability to guide the trajectory of her own career – is admirable and humbling.  I may not have learned a great deal about Ronstadt that I didn’t already know – but I certainly enjoyed reviewing her unique career.  This is a woman today’s recording artists would do well to emulate.

And of course, Epstein and Friedman don’t gloss over the tabloid portion of her life – particularly her relationship with California Governor Jerry Brown (when he was governor the first time, 1975-1983).  Ronstadt and her friends speak about their affair candidly and with purpose.  Ronstadt had several meaningful relationships in her life.  But, unlike many career musicians, never felt the need to marry.

“Linda Ronstadt: The Sound of My Voice” is a refreshing look at an independent trailblazer who guided her own career.  She didn’t let handlers and record executives plot her next move; she did that.  She is her own person.  And as a 73-year-old retiree, Ronstadt can look back on her career with a sense of accomplishment that few recording artists can.  I don’t believe she can point to any career move and say, “That was a mistake.”