The new Brown County Music Center located in Nashville, Indiana has announced that the legendary Art Garfunkel will perform live in concert on Thursday, September 12th. 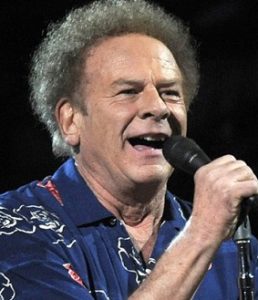 Blessed with what the New York Times described as a “beautiful countertenor,” singer Art Garfunkel has made an indelible mark on the music world as both a solo artist and half of the unrivaled Simon & Garfunkel.  He has also enjoyed a successful film career, published a book of poetry, and released 12 solo albums, the most recent being Some Enchanted Evening in 2007. In late 2017 he released an autobiography, What Is It All But Luminous: Notes From An Underground Man (Alfred A. Knopf).

Garfunkel was originally revered for his Grammy-winning, chart-topping songs and albums with partner and fellow NYC native Paul Simon.  Their greatest hits collection, which includes “Mrs. Robinson,” “Scarborough Fair,” “The Sound Of Silence,” “The Boxer,” and “Bridge Over Troubled Water,” among others, is one of the biggest selling album ever. More information at: www.artgarfunkel.com

Located in Nashville, Indiana, the Brown County Music Center will be a visual and auditory masterpiece with cutting edge design that will bring in nationally known performers and host local events. The new 2000-seat live performance venue will offer an incredibly intimate experience for each show. The farthest seat from the stage will only be 106 feet away. Nestled on the banks of Salt Creek and located less than one-mile from the largest state park in Indiana and the Village of Nashville, this indoor entertainment venue will host world-class rock, blues, country, pop, jazz, oldies, throwback artists, and more.

Tickets are on sale at www.browncountymusiccenter.com and at www.ticketmaster.com. Tickets will also be available for purchase in person at the Brown County Convention and Visitors Bureau Visitor’s Center (located at 211 S. Van Buren Street in downtown Nashville) and also, eventually, at the venue box office.