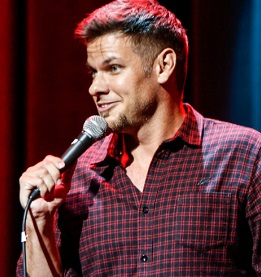 As the creator of the Netflix Original comedy special “No Offense” and popular podcasts “This Past Weekend” & “The King and The Sting,” Theo Von has exploded onto the comedy scene in recent times. “This Past Weekend” is currently one of the top comedy podcasts in this highly coveted space, garnering 3.5+ million listens per month. Von releases new episodes twice a week, during which he gives his take on recent events, offers earnest suggestions to callers, and interviews interesting individuals (including Jim Jeffries, Chris D’Elia, and more). Previously, Theo was the host of TBS‘ hidden camera show “Deal with It” with Howie Mandel. He also hosted Yahoo’s popular daily recap show “Primetime in No Time,” which has gone on to be one of the most-watched shows on the web with almost one million views per day. Now after a successful run of shows in Australia, Von is returning to the states full force with the Dark Arts Tour.