Ben Folds and Violent Femmes have announced a very special summer co-headline tour, set to begin Sunday, July 28 at Mohegan Sun in Uncasville, CT, and continue through the first half of August. The tour will include a stop at the Farm Bureau Insurance Lawn at White River State Park in downtown Indianapolis on Saturday, August 10, 2019.

Ben Folds is widely regarded as one of the major music influencers of our generation. He’s created an enormous body of genre-bending music that includes pop albums with Ben Folds Five, multiple solo albums, and numerous collaborative records. His last album was a blend of pop songs and his Concerto for Piano and Orchestra that soared to #1 on both the Billboard classical and classical crossover charts. 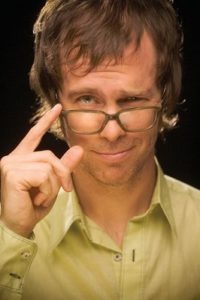 For over a decade he’s performed with some of the world’s greatest symphony orchestras, and in 2017 was named as the first ever Artistic Advisor to the National Symphony Orchestra at the Kennedy Center. He continues to perform with orchestras, and also does solo touring, delivering a high-energy rock show with the intimacy of a solo piano performance.

In addition to touring, Folds has just written his first book – “A Dream About Lightning Bugs – A Life of Music and Cheap Lessons” – described as a collection of interrelated essays and anecdotes about art, life, and music. Release is slated for July 2019.