Including: The Kings & Unity LA

About World of Dance Live!

The World of Dance Live Tour is a live interpretation of the TV show “World of Dance,” NBC’s hit dance competition series. The series from Universal Television Alternative Studio, Nuyorican Productions, and World of Dance gives dancers the platform to showcase their talents, and the opportunity to receive a life-altering grand prize of $1 million. The World of Dance Live Tour offers breathtaking dance skills which represent the spirit of originality, expression, and dedication. The tour consists of engaging and interactive 90-minute dance showcases which include the hottest stars from the television show. This tour brings “World of Dance” to life, attracting some of the most celebrated dancers and fans from across the globe, crossing boundaries, and bringing people of all ages and backgrounds together through the universal language of dance.

The first two extraordinary performers already announced for the tour include The Kings and Unity LA, with more artists to be added! 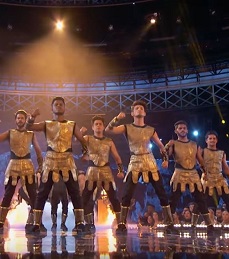 The Kings, who are known in the dance community for their high-flying tricks and never-before-seen stunts, may be the most famous group of dancers you never heard of… yet. They are some of the most sought-after choreographers in Bollywood and they have won almost every competition India has to offer, including “India’s Got Talent.” Additionally, they were the first team from India to achieve a bronze medal at the 2015 World Hip-Hop Dance Championship. The 2015 Bollywood movie “ABCD: Any Body Can Dance 2” depicts their real-life story of trial and triumph. Their years of hard work and persistence have paid off as The Kings of India have now come to “World of Dance” to take the next step in their quest for world domination. 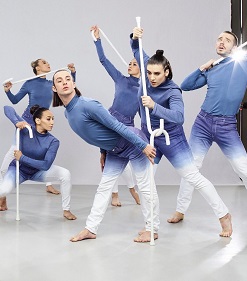 Since its establishment in 1994, Unity LA has developed a tremendous reputation for delivering performances that bring audiences to their feet. The group is led by Emmy Award-winning choreographer Tessandra Chavez, as well as Ashley & Zack, who are returning from Season 2 of “World of Dance.” Unity LA is at the top of their game and their ultimate goal is to make it to the World Final so they can tour as a company, with hopes of selling out theaters and doing what they love to do… together.