About the Breakfast Club

The Breakfast Club is a high energy rock / dance ‘80s tribute band, whose every song is a hit that brings the house down with spontaneous, exuberant ‘I know this song!’ singalongs. Moonwalk down memory lane with The Breakfast Club as they spin fans right round to all the radical sounds, styles, and way cool dance steps from the 1980s In over-the-top retro ‘80s attire.

About the Gordon Bonham Blues Band 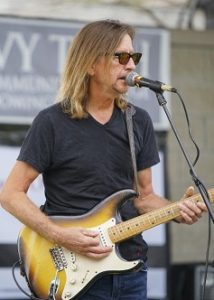 Gordon Bonham brings together a mix of styles from the Mississippi Delta to the back alleys of Chicago, from big Texas shuffles to jumpin’ West Coast swing. After several years of tearing up the road, Bonham brings it all together in Indiana, the Crossroads of America. Bonham has performed several times with the legendary Pinetop Perkins, most notably in Cleveland along with Robert Lockwood, Jr. as part of the grand opening of the Rock and Roll Hall of Fame. He played off and on for ten years with the late Indianapolis blues mandolin man, “Yank” Rachell, as well as Chicago piano man Jimmy Walker. Gordon has worked three times with Bo Diddley as band leader and rang in the 2000 new year at the Slippery Noodle playing with Blues Brother Matt “Guitar” Murphy. Bonham has also opened for such greats as Buddy Guy, Robert Cray, The Fabulous Thunderbirds, Solomon Burke, and B.B.King. Locally, Bonham was a founding member of the critically acclaimed Cooler Kings, followed by the Gordon Bonham Blues Band. Their CD “Low Down and Blue” was chosen by David Lindquist of the Indianapolis Star as No. 3 of the Top Ten Releases of 1999. He continues to be a host of the blues jam at the world famous Slippery Noodle Inn and appears every Monday with Indy’s favorite “all star band” Soul Bus. With two European tours and a growing list of memorable gigs, the credentials continue to stack up, making Gordon Bonham’s music a must have for anyone who appreciates serious and soulful blues. 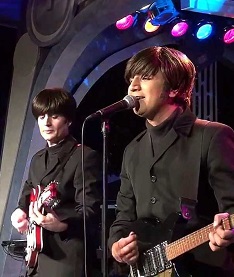 Since 1996, Hard Day’s Night has been entertaining Beatles fans across the country. Hailing from the rock ‘n roll city of Cleveland, Ohio, Hard Day’s Night is rated among the top national Beatles tribute groups performing today – a full catalogue touring Beatles Tribute paying authentic homage to all eras, complete with sitar! The band focuses on performing songs exactly as the Beatles themselves did; four musicians on stage in character as John, Paul, George, and Ringo; wearing perfect stitch-for-stitch replications of the suits made famous by the Beatles; with authentic Vox, Hofner, Gretsch, Rickenbacker, and Ludwig instruments; playing the world-famous songs note-for-note. Through its musical talent and dedication to authenticity the group is one of the few touring Beatles tribute bands to be invited to perform at the world-famous Cavern Club in Liverpool, England during International Beatles Week.

Tickets are available at www.browncountymusiccenter.com and at www.ticketmaster.com. Tickets will also be available for  purchase in person at the Brown County Convention and Visitors Bureau Visitor’s Center (located at 211 S. Van Buren Street in downtown Nashville) and also, eventually, at the venue box office.