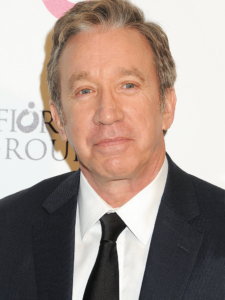 Born in Denver, Tim Allen began his comedy career on a dare from a friend at the Comedy Castle in Detroit. Since then, he has done several cable specials including “Comedy’s Dirtiest Dozen” (1988) and “Tim Allen: Men Are Pigs” (1990). Tim Allen is currently in production on the 7th season of his hit sitcom “Last Man Standing” which has been revived by the Fox network after airing for six seasons on ABC. The series airs on Fridays at 8/7c and premiered on September 28th.

Allen will also be reprising his role as Buzz Lightyear in Disney’s “Toy Story 4” set for release in 2019.  He recently starred in the Netflix dark comedy “El Camino Christmas” with Vincent D’Onofrio, Luke Grimes, and Dax Shepard. He continues to perform stand-up shows to sold-out crowds across the country. Allen honed his talents as a stand-up comic throughout the eighties, providing the perfect lead-in to touring once again.