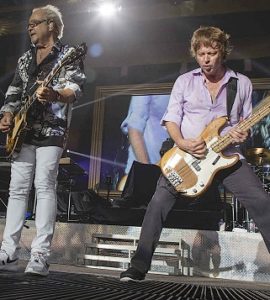 Foreigner, one of the biggest-selling bands in history and creator of some of rock’s most enduring hits, will headline the Miller Lite Carb Day Concert on Friday, May 24, 2019 to conclude one of the most exciting days in the Month of May at the Indianapolis Motor Speedway.

The concert starts at 3:30 p.m. on the Miller Lite Stage inside Turn 4 of the IMS oval. An opening artist will be announced in the coming weeks.

Responsible for some of rock and roll’s most enduring anthems, including “Juke Box Hero,” “Cold As Ice,” “Hot Blooded,” “Waiting For A Girl Like You,” “Feels Like The First Time,” “Urgent,” “Head Games,” “Say You Will,” “Dirty White Boy,” “Long, Long Way From Home” and the worldwide No. 1 hit, “I Want To Know What Love Is,” Foreigner continues to rock the charts more than 40 years into the game with massive airplay and continued Billboard Top 200 album success. Foreigner also features strongly in every category in Billboard‘s Greatest of All Time listing

Founded in 1976, Foreigner‘s debut album produced the hits “Feels Like The First Time,” “Cold As Ice,” and “Long, Long Way From Home.” The album “Double Vision” followed, as did a string of hits like “Urgent,” “Juke Box Hero,” and “Waiting For A Girl Like You.” Those songs helped give Foreigner‘s next album, “4,” its impressive run at No. 1 on the Billboard chart. At the zenith of 1980s sound, Foreigner‘s fifth album, “Agent Provocateur,” gave the world the incredible No. 1 global hit, “I Want To Know What Love Is.” This musical milestone followed the record-breaking song “Waiting For A Girl Like You.” 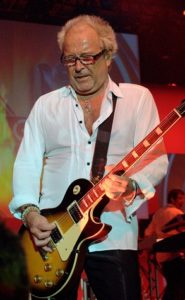 At Foreigner‘s core is the founder and Songwriters Hall of Fame member Mick Jones, the visionary maestro whose stylistic songwriting, indelible guitar hooks, and multi-layered talents continue to escalate Foreigner‘s influence and guide the band to new horizons. He reformed the band after a 2002 hiatus and selected lead singer Kelly Hansen, one of rock’s greatest showmen, to help write an inspired new chapter in the history of Foreigner.

Tickets are on sale now at IMS.com , by calling 800-822-INDY or 317-492-6700, or by visiting the IMS Ticket Office at the IMS Administration Building. General Admission prices start at $30. Special Concert Pit access also is available for an additional $20, and a limited number of VIP Deck tickets are available for $250.

All General Admission and VIP Deck tickets include admission to the concert and to on-track activities that day at IMS, which include the final practice for the 103rd Indianapolis 500, the Freedom 100 Indy Lights race and the Indy 500 Pit Stop Challenge.

The 103rd Indianapolis 500 is scheduled for Sunday, May 26, 2019. Tickets are on sale now at IMS.com or by calling or visiting the IMS Ticket Office.