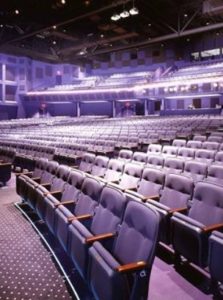 Historic Brown County Indiana is thrilled to announce the grand opening of the new, highly anticipated performing arts venue, the Brown County Music Center. The world-class venue will host its grand opening event on Saturday, August 24th with a concert by legendary country artist Vince Gill and unveiled a list of other national acts scheduled to perform at the new venue. The Brown County Music Center also announced its agreement to have Live Nation assist with programming the venue and that Ticketmaster will handle the ticketing. The venue will program local and regional entertainment as well.

*Tickets on sale at a later to be announced date 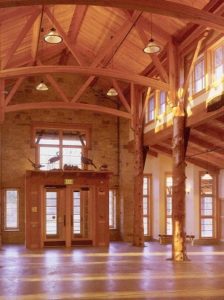 Located in Nashville, Indiana, the Brown County Music Center will be a visual and auditory masterpiece with cutting edge design that will bring in nationally known performers and host local events. The new venue will offer an incredibly intimate experience for each show. The farthest seat from the stage will only be 106 feet away. The Brown County Board of Directors has made sure the Brown County Music Center is both an incredible destination for music lovers and also a central part of its community. The commitment to its community has been shown by making plans to locally source and display local works of art, highlight local restaurants and breweries as part of their concessions, and partner with the local Live Nation office in Indianapolis to book all national touring artists. Regional and local performances will be mixed in with the Live Nation booked events to keep the venue’s schedule full of great entertainment.  The Brown County Music Center will also be available for rent for community-related activities and special events on non-concert days, and they have also partnered with Ticketmaster as its official ticketing agency.

Tickets for the Vince Gill and Peppa Pig Live! shows are on sale at www.browncountymusiccenter.com and at www.ticketmaster.com. Tickets will also be available for purchase in person at the Brown County Convention and Visitors Bureau Visitor’s Center and also, eventually, at the venue box office. Tickets for all other events listed above with an *asterisk will go on sale at later, to be determined times.

About Vince Gill: Vince Gill is an American icon and country singer, songwriter and multi-instrumentalist. He has recorded more than 20 studio albums, charted over 40 singles on the U.S. Billboard charts, and has sold more than 26 million albums. He has been honored with 18 CMA awards, won 21 Grammy awards and was inducted into the Country Music Hall of Fame. In 2017, Vince Gill became a touring member of the Eagles. Gill has been married to singer Amy Grant since March 2000. More information at: www.vincegill.com

About Peppa Pig Live!: Peppa Pig Live! is here with the ALL NEW action-packed live show featuring your favorite characters as life size puppets and costume characters in her new live show, Peppa Pig’s Adventure! Come join Peppa on an exciting camping trip to the woods with George and her school friends, including Pedro Pony, Suzy Sheep, and Gerald Giraffe. With lunchboxes packed and Daddy Pig driving the bus, Peppa and friends are excited about their outdoor adventure, full of singing, dancing, games and surprises! More information at: www.peppapigliveUS.com

About Brown County, Ind.: No matter what you’re looking for, escape comes naturally in Brown County. Eclectic boutiques and galleries, breathtaking scenery, welcoming accommodations, and endless outdoor adventures await in one of America’s original artists’ colonies. From art to the great outdoors, there’s something for everyone to enjoy, and for most, it’s only a short drive away. Unplug from daily life and reconnect with one another as you experience the rustic beauty and artisanal charm of Brown County. Plan your escape today…you’ll be glad you did.