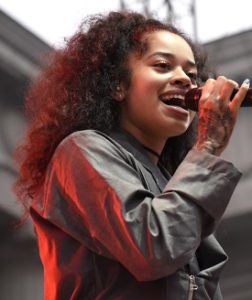 An R&B singer and songwriter with a casually commanding voice, Ella Mai wasn’t exactly an unknown artist before DJ Mustard signed her to his 10 Summers label. The U.K. native hit the mainstream in 2018 with breakthrough single “Boo’d Up,” a sparkling slow jam that increased in popularity throughout the year. With its heartbeat-pattering groove and nervously lovelorn lyrics, the infectious track became the longest-standing No. 1 single by a female artist on Billboard’s R&B/hip-hop airplay chart. And when it went on to become the best R&B song at the Grammys, she earned even more attention just being nominated in the general song of the year category against much bigger names. Now shining well beyond the title of a one-hit wonder, Mai is ready for her first headlining semi-global tour entitled “The Debut Tour” following the release of her highly anticipated self-titled debut album.