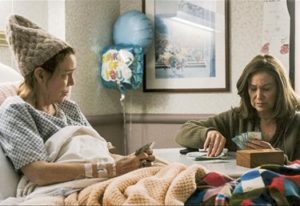 “Diane” opens with a brilliant, subtle scene.  Our protagonist (played by Mary Kay Place – Has she been in anything since “The Big Chill?”) delivers a casserole to a friend whose husband has recently had surgery.  She admits it’s her friend’s casserole dish that she’s had for six months.  But then the friend opens her ‘fridge only to present Diane with a casserole she’s made for her – in a dish she borrowed from Diane a year ago!

Such is the life of Diane – the subject of Kent Jones’ first feature film.  He’s a critic, and director of the New York Film Festival.  He knows a thing or two about filmmaking, but what he’s done here is noteworthy, perhaps for one reason only.  He’s assembled a “who’s who” of 1970s character actresses in a film which serves, if nothing else, as a tribute to the character actors and actresses who have enriched our lives for years.

Mary Kay Place played Louise Lasser’s best friend on the 1970s soap opera spoof “Mary Hartman, Mary Hartman.”  She was the object of Radar’s infatuation on a noteworthy episode of “M*A*S*H.”  And she was part of Lawrence Kasdan’s fabulous ensemble cast in 1983’s “The Big Chill.”  Her friends and family members are played by the likes of Estelle Parsons (“Bonnie and Clyde”), Joyce Van Patten (“Monkey Shines”), and Glynnis O’Connor (“The Boy in the Plastic Bubble”). 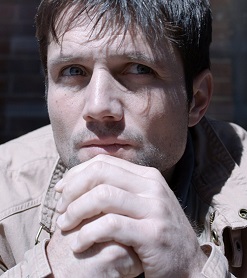 Diane’s friends and family are close.  Many have already lost their husbands.  Those who haven’t complain that their husbands are too quick to resume physical stress following surgery.  Diane’s unnamed small New England town is one dotted with neighborhood churches and elementary schools.

And Diane is the perfect citizen of said town.  She volunteers at the local food pantry.  She regularly checks in on her drug-addicted son Brian (an excellent Jake Lacy), and her cousin Dottie (Dierdre O’Connell) who is in the hospital dying of cancer.  But could Diane’s acquiescent spirit be hiding a darkness in her past?  Perhaps, but Jones doesn’t answer that question so obviously.

Yes, Diane has very deep-seated issues with her son.  But then each of her close friends harbors at least one deep-seated life issue.  If nothing else, Diane and her confidants are there for each other.

“Diane” is a life-affirming paean to the strength of the soul.  When Diane is at her wit’s end, she visits the watering hole she and her late husband used to frequent, only to be cut off by her old bartender friend.  When Brian comes clean from his drug addiction, he takes a step we don’t see coming, but that makes perfectly good sense in context.

My only issue with “Diane” is that in a late scene she takes a step so far out of character it threatens to ruin the entire picture.  I’m still recommending “Diane,” but with the caveat that this unfortunately turns out to be one of those films best described as a “Hollywood reading” on real life – as opposed to “real life” itself.  And that’s a shame.

Jones could have a future

Jones may have a real future as a director.  And God bless him for re-discovering Mary Kay Place (and Parsons, Van Patten, O’Connor, and O’Connell).  It’s tragic that great actresses simply don’t have the shelf life of actors.  Paul Newman was active ‘til the day he died, but when was the last time we saw Kathleen Turner?  And “Diane” is a fine debut.  But I expect more from him next time out.  Eliminate anything most of us would consider out of character, and he might have a long future.

Again, “Diane” is fine – and the very ending is superb, as our protagonist begins to hear voices that could signal the onset of Alzheimer’s Disease.  But be prepared to be disappointed with one of her actions, that absolutely no one in her place would take.  Get past that scene, and “Diane” is a winner.