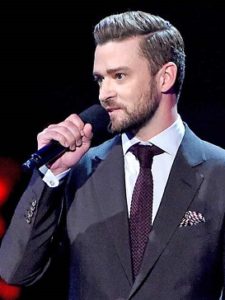 Following the release of his highly anticipated album Man of the Woods and his epic Pepsi Super Bowl LII Halftime Show performance, Justin Timberlake has announced European and U.K. The Man Of The Woods Tour dates, as well as a second leg of North American dates due to sell out shows. European and U.K. dates will kick off June 22 in Paris and make 16 stops including London, Amsterdam, Stockholm, Copenhagen, Berlin, and more.

Timberlake’s fourth studio album Man Of The Woods was released on Friday, February 2, 2018. He performed for the third time at the most watched musical event of the year, the Pepsi Super Bowl LII Halftime Show. Timberlake’s last tour was the critically acclaimed The 20/20 Experience World Tour, which sold out arenas and stadiums around the globe in 2013 and 2014.

Tickets for the show in Indianapolis are on sale through LiveNation.com, Ticketmaster outlets, the Bankers Life Fieldhouse box office, and charge-by-phone at 800-745-3000.

At every U.S. stop on The Man Of The Woods Tour there will be a VIP Verizon Up section, putting customers up close and personal to the stage and JT.  Verizon Up, the company’s loyalty program, is all about thanking customers through everyday rewards and exclusive experiences, like getting closer to the artists they love – including Justin Timberlake.