Following the sold-out successes of the Move Live on Tour and Move – Beyond – Live on Tour acclaimed shows, including multiple sellouts at large prestigious venues such as Radio City Music Hall, DEREK HOUGH returns with a monumental experience for 2019 – DEREK HOUGH: LIVE! THE TOUR and will make a stop in Indianapolis at the Murat Theatre at Old National Centre on Friday, May 3, 2019 at 8 p.m. (doors at 7 p.m.). 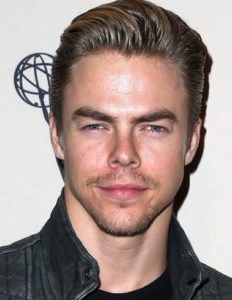 From the EMMY® award winning mind of Derek Hough, the live dance show is the first-ever solo tour for the dynamo. The show features brand-new stage production, astounding versatility, and, as always, Derek’s magnetic stage presence. Fans will journey through a true fusion of dance and music, as Derek explores styles ranging from ballroom and tap to salsa and hop-hop, and everything in between. Creative team and two-time EMMY® winners, Napoleon and Tabitha Dumo, also known as NappyTabs (Jennifer Lopez’s ‘All I Have’ Residency; Michael Jackson: The Immortal World Tour; GRAMMYs® creative direction), will co-create, direct and supervise choreography for the tour.

Tickets are on sale now at Ticketmaster.com, OldNationalCentre.com, the Old National Centre Box Office, or by phone at 800-745-3000. VIP packages are available through derekhough.com, giving fans the chance to purchase premium tickets, including pre-show parties and meet and greet opportunities with Derek.