Almost twenty years after the full-length version of Amber Waves premiered at the Indiana Repertory Theatre in 2000, the heartland drama by IRT’s playwright-in-residence James Still returns to the Upperstage April 2 – April 28. Featuring music by Tim Grimm and Jason Wilber, Amber Waves follows a year in the life of an Indiana family as they face the prospect of losing their farm. 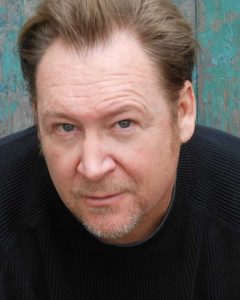 Originally a one-act play, the newest version of Amber Waves takes a deeper look at the commitment, struggle, and beauty of farm and family life. For playwright James Still, the story takes inspiration from his own Midwestern background and the loss of his family farm in Kansas.

Returning to the stage will be musician Tim Grimm, who previously played the role of Mike and wrote the original songs and music with Jason Wilber for the 2000 premiere. This time, in addition to the original pieces, Grimm has partnered with multi-instrumentalist Rachel Eddy to create music for the production, which they will play live onstage during each performance.

Amber Waves is a family drama that contains some adult situations.