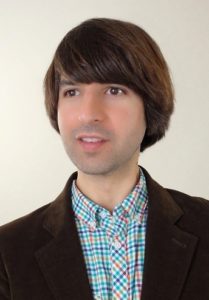 Known in stand-up for his deadpan delivery, Demetri Martin brings a unique style of stand-up comedy, incorporating musical instruments, props, and videos. In 2003, his one-man show If I… won an award at Edinburgh Fringe Festival. Afterwards, he spent some time on the writing staff for Late Night with Conan O’Brien while also working on his first TV comedy special, Comedy Central Presents: Demetri Martin. In 2006, his first CD and DVD titled These Are Jokes was released, and he scored a major TV gig on Comedy Central’s The Daily Show as the role of the clueless “trend reporter.” His sketch comedy series, Important Things with Demetri Martin on Comedy Central aired in 2009 with a second season the following year. Martin also starred as the main character in the film Taking Woodstock, and in 2011 released his first book titled This is a Book. His second comedy album, Demetri Martin. Standup Comedian. was released in 2012.