About the Russian National Orchestra 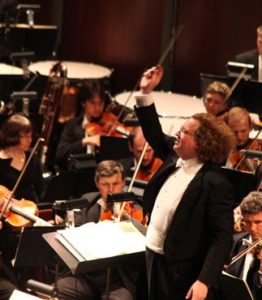 One of the world’s top orchestras celebrates the 100th anniversary of legendary Russian pianist, composer, and conductor Sergei Rachmaninoff’s immigration to the United States with a program that includes his Vocalise, Piano Concerto No. 2, and Symphonic Dances. RNO has made more than 80 recordings and is broadcast regularly on NPR, the European Broadcasting Union, and Russia’s Kultura channel. The privately funded orchestra was founded in 1990 by pianist and conductor Mikhail Pletnev, who still serves as artistic director. Don’t miss this tribute to one of the most romantic artists of the Romantic period.