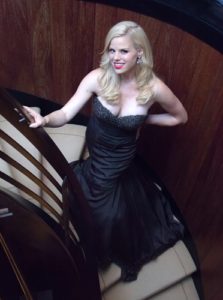 Actress-singer Megan Hilty first gained fame on Broadway as Glinda the Good Witch in Wicked, Doralee Rhodes in 9 to 5: The Musical and Brooke Ashton in Noises Off, which earned her Tony Award and Drama Desk Award nominations. She went on to light up TV screens as triple-threat Ivy Lynn in NBC’s musical drama Smash and Liz in NBC’s Sean Saves the World, along with recurring roles on The Good Wife, Louie, and Girlfriends’ Guide to Divorce. Her acclaimed solo concerts feature songs from Smash, her own recordings, the world of musical theater, and the Great American Songbook. Pre-performance dinner available.