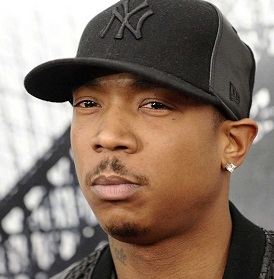 Rapper and actor Ja Rule hit the rap scene in 1998, with his radio debut as a featured artist on Jay-Z’s “Can I Get A…” The year after, the Queens born musician released his debut album Venni Vetti Vecci with Murder Inc. Records, a label started by Irv Gotti under Def Jam Records. Since, Ja Rule became one of the most well-known rappers of the early 2000s and is recognized by his raspy voice. Over the years, he has released several albums including Rule 3:36 (2000), Pain Is Love (2001), The Last Temptation (2002) and R.UL.E. (2004) among others. Some of his hit singles include “Always on Time” featuring Ashanti, “Put It On Me,” “Ain’t It Funny” with Jennifer Lopez, and “Wonderful” featuring R. Kelly and Ashanti. In 2013, Ja Rule appeared alongside Lil Wayne and Birdman on remix of “She Tried,” and he released his own track “Everything.”