A Conversation with John Cusack

A Live Conversation with

Following a screening of High Fidelity 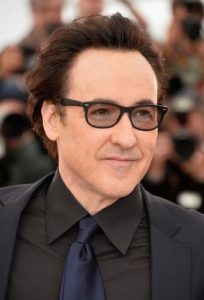 For fans of John Cusack and “High Fidelity,” a visit to Championship Vinyl definitely would make a “top five” list. The hit comedy “High Fidelity” is the story of record shop owner Rob Gordon (John Cusack) on a search for love against a backdrop of over 70 songs spanning multiple decades and genres of music. Released in 2000, The New York Times praised John Cusack as “a master at easygoing camaraderie.” Rotten Tomatoes has “High Fidelity” ranked #14 on the list of Best Romantic Comedies. Now, join John Cusack for a screening of “High Fidelity” on the big screen followed by a LIVE conversation regarding his career and the making of the film. Fans will get the opportunity to experience a moderated discussion, with John answering audience questions as well. A limited number of VIP seats will be available that include a post-show photo op with John.