Tickets are on sale now at the Bankers Life Fieldhouse box office and all Ticketmaster locations including Ticketmaster.com and charge-by-phone at 800-745-3000. 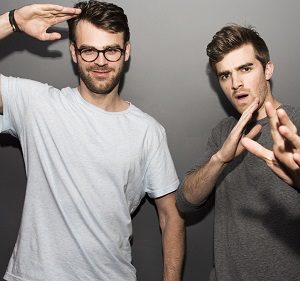 The Chainsmokers are an American DJ and production duo consisting of Alex Pall and Drew Taggart. Their debut EP, Bouquet was released in October 2015 and featured the single “Roses“, which reached the top 10 on the US Billboard Hot 100  Don’t Let Me Down became their first top 5 single and won the Grammy Award for Best Dance Recording at the 59th awards ceremony, while “Closer” became their first number-one single on the chart. They have also won two American Music Awards and seven Billboard Music Awards.

Marshmello is an American electronic music producer and DJ. He first gained international recognition by remixing songs by Jack Ü and Zedd. In 2017, his collaboration with Khalid, “Silence“, and “Wolves” with Selena Gomez, were released and became internationally successful. In February of this year, he released “Friends” with Anne-Marie. Throughout his career, he has also collaborated with artists including Omar LinX, Slushii, Jauz, Ookay, Lil Peep, Logic, and Bastille. 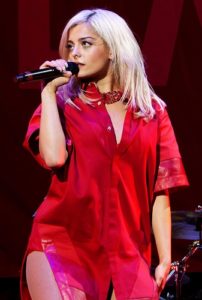 Bebe Rexha is an American singer, songwriter, and record producer. She is known for songs such as “I’m a Mess”, “Meant to Be” with Florida Georgia Line, “Me, Myself, & I” with G-Eazy, and “In the Name of Love” with Martin Garrix. She has also written songs for various artists such as Selena Gomez and Nick Jonas.