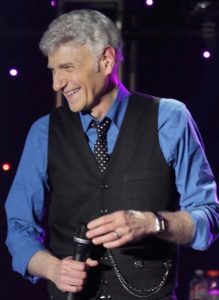 The founding keyboardist, vocalist, and chief songwriter for progressive pop-rockers Styx is celebrating the 40th anniversary of the band’s breakthrough album, The Grand Illusion, for which he penned the title track and the hit single “Come Sail Away.” The author of ballads such as “Babe” and “Best of Times,” he also will perform other hits from throughout the Styx catalog.