98° will embark on a 36-date tour this Christmas. Fans responded with overwhelming positive messages to the last year’s hit-filled, high-energy, and fun-filled holiday show, so this year, more dates and new cities have been added. 98° last Christmas tour played to packed houses across the country. Last year’s Christmas tour was in support of their first full length Christmas album in 18 years, Let It Snow. The album received glowing reviews from both fans and critics alike. 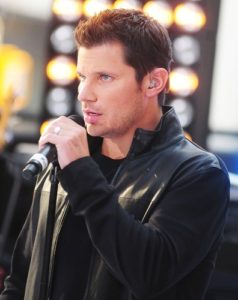 In five short years — from 1997 to 2002 — 98° sold a staggering 10 million records, scored a chart-topping single, “Thank God I Found You,” with Mariah Carey and Joe, and collaborated with their collective idol, Stevie Wonder, on “True to Your Heart,” for the 1998 animated Disney film, Mulan. Their four-million-selling album, 98° and Rising (1998), spawned the top-5 favorites “Because of You,” “I Do,” and “The Hardest Thing,” while 2000’s Revelation, which sold two million copies, peaked at number 2 on the Billboard 200 and yielded a trio of hits, “Give Me Just One Night (Una Noche),” “My Everything” and “The Way You Want Me To.”