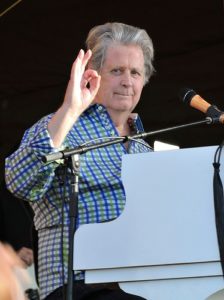 The architect of the Beach Boys’ signature sound is one of the most innovative and influential composers, arrangers, and producers of the rock era. His songwriting credits include such indelible songs as “Good Vibrations,” “God Only Knows,” “California Girls,” “Don’t Worry Baby,” and “Wouldn’t It Be Nice.”

Wilson is hailed as a studio genius whose creations – most notably the elaborate Pet Sounds album – are praised by fans, critics, and other artists as high-water marks in the evolution of recorded pop music. This tour features Wilson and his band, including longtime Beach Boys members Al Jardine and Blondie Chaplin, performing tunes from throughout his career.