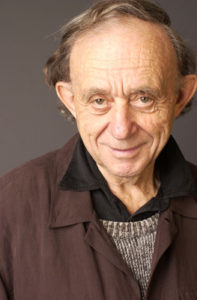 Frederick Wiseman is a veteran documentary filmmaker whose exposes have no narrative arc, no narration, and no interviews.  His pictures rarely possess a distinct climax or conclusion.  Rather, he and his crew shoot hours of footage and then edit it into films which expose his subject matters via example.

His latest project, “Monrovia, Indiana,” is an attempt to uncover the intricacies of smalltown America; what makes America work; what drives life here in the heartland.  Some have suggested “Monrovia, Indiana” was made for the benefit of rich elites living on the coasts.  I’m not sure I agree with that sentiment.

To wit, I am three generations removed from farm life in Northern Indiana.  I imagine many of us have such recent ties to a more rural, agricultural lifestyle – and this applies to those living on the coasts as well.  In 2018, the vast majority of Americans live in cities and their respective suburbs.  That wasn’t the case a century ago.  “Monrovia, Indiana” not only reminds us of this fact, but it shows us that such life continues without us. 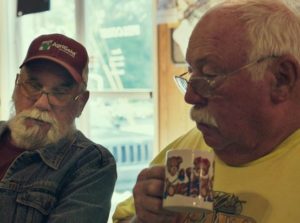 Wiseman’s camera eavesdrops on the institutions which make Monrovia (or any small Midwestern town) tick – the local high school, the corner barber shop (and corresponding hair salon), the Masonic Lodge and Lions Club, the corner café, the convenience store, the liquor store, and so forth.  Few of the subjects in these institutions are discussing anything of interest – save for a high school teacher discussing the school’s rich basketball tradition, the film’s one scene which could occur only in Indiana.  But this lack of hefty discussion negates the importance of Wiseman’s latest project.

If Wiseman’s goal is to show us the routine, humdrum nature of American small towns, he succeeds in spades.  Unfortunately, that’s the problem with the entire project.  If nothing much of interest occurs in Monrovia, Indiana, why bother filming it and showing it to us in the first place?

Institutions are the same

Furthermore, the institutions which comprise Monrovia, Indiana (the town and the film) are, in many ways, the exact same institutions which govern life in the cities and suburbs – save for the farm equipment auction, and the two sequences showing us the daily lives of farmers (one livestock, one grain).  Masonic Lodges and Lions Clubs exist in the suburbs.  Their meetings are similar to those Wiseman shows us in Monrovia.  Patrons at local diners in the suburbs also discuss health concerns, grandkids, and so forth.  How does their inclusion make life in Monrovia any different from any other place in America?

Wiseman circles back several times to a series of planning committee meetings in which members discuss the potential impact of expanding the one big subdivision in town – the increased traffic, the strain of additional families on the local schools, the need to add fire hydrants, etc.  While it is interesting to see so many residents opposed to growth (a far cry from what we see in the suburbs), the general crux of the meetings is no different from any other civic meeting anywhere in America.

Just once I would like to have had Wiseman’s subjects discuss something (heck, anything) with a little depth, or social relevance.  For example, why not a discussion about President Trump?  My guess is most of the residents of Monrovia voted for him, but some might be dismayed by some of his words and actions during the past two years.  Would they now change their votes if they could?  I’m not asking the film to be political; I’m simply wondering why Wiseman couldn’t have thrown a discussion topic or two to some of his subjects.

But this is not what Wiseman does.  He films life exactly as it is.  That’s what makes his work unique.  But it is also the reason “Monrovia, Indiana” ultimately fails.  The conclusion is that nothing interesting happens in rural Americana.  But since life in Monrovia parallels that of any town in America (even those of the cities and suburbs), it can only be deduced that nothing much of interest ever happens anywhere.

Problem is the structure

And that’s the problem with Wiseman’s structure.  The only way a Frederick Wiseman film might grab our interest would be if he happens to be filming and something interesting occurs.  In other words, if he happens to be filming a humdrum discussion at an inner-city barber shop and a race riot breaks out across the street, voila!  Now he has some interesting footage.  That doesn’t happen in “Monrovia, Indiana.”

At nearly two-and-a-half hours, “Monrovia, Indiana” is at least 45 minutes too long.  There is no soundtrack; the only music emanates from a terrible country singer at a local town festival.  The quiet scenes of agricultural fields that intersperse each institutional eavesdrop are beautiful and soothing at first – but soon become annoyingly overused.

No reason to care

There’s nothing in “Monrovia, Indiana” to recommend seeing it.  Nor to recommend moving there.  Wiseman’s film doesn’t sell rural life; in fact, it repels anyone from moving to a small agricultural community.  And that’s too bad.  It’s communities like Monrovia that keep America running.  Such communities are the heart and soul of America.  I only wish that “Monrovia, Indiana” could have provided at least one reason for us to care.