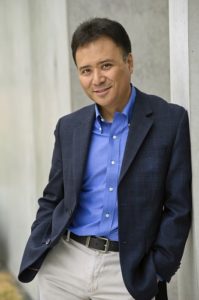 Jon Nakamatsu, the 1997 Gold Medalist of the Tenth Van Cliburn International Piano Competition will be the featured guest artist with the Carmel Symphony Orchestra (CSO) on November 10. Nakamatsu was a high school German teacher when he won the award, and later became renown for his speech “Loser’s Club” recounting his long and unusual path to being a professional musician. The concert begins at 7:30 p.m. at the Palladium at the Center for the Performing Arts, with a pre-concert conversation, “Meet the Music,” featuring Nakamatsu with CSO Music Director Janna Hymes beginning at 6:30 p.m. in the Robert Adams Room. 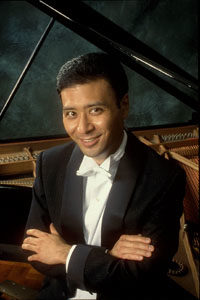 Hymes calls Rachmaninoff’s Rhapsody on a Theme of Paganini one of the greatest concertos ever written and says Nakamatsu is the perfect artist to deliver it. “Rachmaninoff has a way of transporting listeners to another place with his work, and this piece is no exception, especially performed by Jon. The evening opens with Shostakovich’s fast-paced and declarative Festive Overture. Closing the concert is a wonderful example of how composers used music to describe their homelands. Sibelius’s Second Symphony aurally paints the vast and lonely landscape of Finland in this incredible work, which bursts forth with optimism and grandeur as it develops.”

Single tickets are available for this performance as well as the remainder of the CSO season that includes some of the world’s greatest symphonic music performed by renowned guest artists. Special performances include a November 18 “Side-by-Side” concert with Carmel High School Orchestra musicians featuring the winner of the CSO Young Artists Competition as well as two very special January “Pedcor & Friends” programs honoring veterans, active military, and first responders (and those individuals receive a discounted ticket!). Families won’t want to miss the annual ‘IU Health Holiday Pops” December 8 or “Family FUN!” set for February 24.

Flex subscriptions are also available through the Palladium Box Office at the Center for the Performing Arts (317.843.3800). Discounts for students are also available: the $5 YouthPASS for High School and younger, and the $10 CollegePASS.